The Texas Association of Campground Owners (TACO) is expecting to have its best Spring Meeting ever from April 22-24, with important government affairs updates involving property taxes, early school start dates and tourism funding, according to a press release.

“I think this is going to be our best spring meeting yet,” said Brian Schaeffer, TACO’s executive director and CEO.

The three-day meeting, which starts on the afternoon of Sunday, April 22, at the Lake Conroe / Houston North Kampgrounds Of America (KOA) in Montgomery, Texas, will include a legislative roundtable with Ron Hinkle, TACO’s legislative consultant, as well as Rep. Matt Krause, R-Fort Worth, who serves on legislative committees for culture, recreation and tourism, as well as land and resource management.

TACO’s legislative roundtables will cover property taxes, which Schaeffer said “are getting out of control,” as well as strategies to deal with the growing numbers of Texas school districts that are starting their school start dates earlier in the summer, reducing potential tourism revenue for campgrounds, hotels and restaurants.

Rep. Krause will also discuss efforts by the Texas legislature to redirect transient occupancy tax revenue to the general fund and ways to prevent that from happening so that these funds continue to be exclusively used for tourism promotion, according to the release.

Following Sunday afternoon’s legislative roundtable will be a happy hour with vendors and the opening of TACO’s annual tradeshow, which has attracted “45 to 50” companies, including large numbers of technology companies, as well as park model RV manufacturers, several of which have production facilities in Texas, according to the release.

Rep. Krause will join TACO members again during a Monday morning breakfast recap of legislative issues. TACO’s annual awards presentations will also take place during the breakfast session. Toby O’Rourke, the recently appointed president of Billings, Mont.-based Kampgrounds of America Inc., will deliver the morning keynote address focusing on the latest camping trends, as well as the importance and value of transient guests.

TACO’s tradeshow will continue on Monday as well, and will be followed by an educational session focusing on best practices when dealing with long-term guests, which will be conducted by Jenny Lee Smith of Austin, TACO’s attorney. 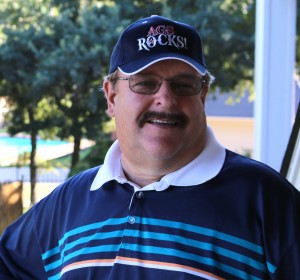 “We don’t get any calls about daily or weekly guests. Almost all of the operational calls we get have to do with longer term, extended-stay guests,” he said, adding, “It’s critically important that park operators hear what Jenny has to say.”

During last year’s Spring Meeting, Smith attracted a standing room only crowd with her discussion of laws governing criminal background checks and other guest screening procedures, according to the release.

Monday night’s dinner will be followed by TACO’s annual auction, which raises money for the association’s government affairs program.

Tuesday’s sessions will include a class titled “Understanding your unique sales position,” by Larry Brownfield, KOA’s director of franchise development. Paul Croteau of Kingston, Wash.-based Utility Supply Group will lead a class on electrical trends and will update TACO members on the latest developments involving the National Electric Code and NFPA 1194.

Marvin Aga from Sturgis, S.D.-based Leavitt Recreation & Hospitality Insurance will lead a class on risk management, a timely topic given the extensive storm related damage that Texas parks experienced with Hurricane Harvey last summer, according to the release.