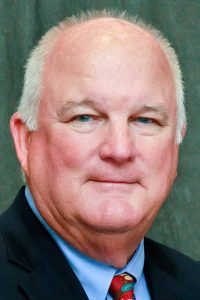 The final gate attendance for the 35th Annual Florida RV SuperShow has been tabulated, and the “Tampa Show” did indeed set a record with 74,861 people having passed through the gates this year, which is about 600 more than last year’s record total.

Hosted by the Florida RV Trade Association (FRVTA), the show took place Jan. 15-19 at the Florida State Fairgrounds in Tampa and featured some 78 manufacturers, 1,550 RVs and 450 vendors on the venue’s 120 acres.

FRVTA Executive Director Lance Wilson told RVBUSINESS.com, sister publication to WOODALLSCM.COM, that while the attendance record is certainly welcome, he’s even more pleased with the reports from the dealers, manufacturers and vendors, nearly all of whom had nothing but positive things to say.

“You know, when all is said and done, this show probably goes down as one of our best ones ever,” Wilson said. “We had great reports from dealer participants, and the manufacturers were ecstatic. The good sales generally mean people have a good outlook for the year, and that’s more important than sales.”

As always, the logistics of organizing and operating an event the size of the Tampa Show was quite an undertaking, and Wilson wished to credit the FRVTA staff of seven full-time employees and the army of volunteers working behind the scenes. Wilson singled out FRVTA Marketing Director Dave Kelly and Show Director Lisa Colvin, but said “there’s just so many people” who deserve mentioning.

Wilson also credited Mother Nature with favorable weather not only during most of the show’s five-day run — there was a brief shower the final day — but during the two weeks leading up to the event as well. Rain can play havoc with outside displays, he said, especially when more than 1,500 RVs need to be set up.

“So, at about noon yesterday, I told everybody to go home and get some rest, because we’ve got about three or four more shows coming up in the next month,” Wilson quipped.