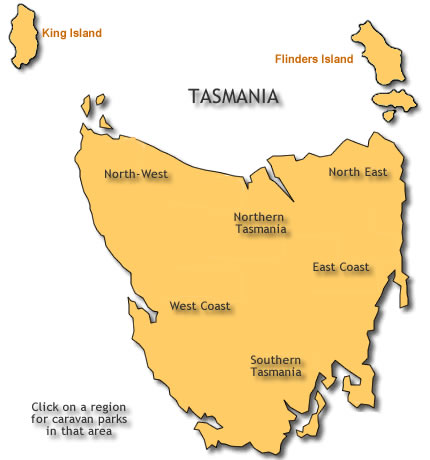 A wave of disquiet is rippling through Australia’s large community of recreational vehicle users. Word is spreading across the country that Tasmania is about to impose new charges.

Many have heard about the Statewide Directions Paper being considered by the Government, which recommends that local councils providing services such as water, toilets, rubbish disposal and grey water disposal should charge the full cost of these services, instead of giving them away or charging a nominal fee.

The argument is that providing these services cheaply or at no cost is distorting the market and competing unfairly with local caravan parks.

The concerns of caravan park operators are understandable but, no matter what the merits of the argument may be, it would be disastrous if Tasmania were to gain a reputation among RV users as a destination too expensive to contemplate.

The local tourism industry faces enough challenges with a high Australian dollar and often very high airfares without losing customers in this market.

The “grey nomads” and others who bring their RVs to Tasmania are a vital part of our tourism industry and have been for decades. They often travel on tight budgets but they also tend to stay longer than other tourists and go to more places, spreading their dollars far and wide into the remotest communities.

One of the great attractions of this form of travel is the freedom it allows. When people buy an RV, they are buying a dream of freedom. They want to make plans as they go and choose where to stop for the night. It is seen as a great escape from the regimentation of a world in which personal freedom is eroded by regulations, crowds and money pressures all the time.

The lure of the open road resonates with many Australians who long to have time to explore the country at leisure. A trip to Tasmania, with its friendly locals, mild summers, fine scenery and many attractions within relatively short distances, is considered one of the highlights of any such journey, well worth the expense of a Bass Strait crossing.

As retirees become a larger proportion of the population, their spending power and consumer choices are becoming ever more important.

Like any other businesses, caravan parks have to compete for trade. The better they are, the more value they offer, the more likely travellers are to use them, despite free but basic services they might find nearby.

It might seem unfair that councils provide cheap basic services near caravan parks. The Economic Regulator says so. Yet if Tasmania becomes the first state to get councils to impose new charges, there is a real danger that RV users might abandon their plans to visit. Through letters to the editor and other avenues, they are threatening to do so already.

Caravan parks would suffer too if Tasmania suffered a boycott or dramatic downturn in RV tourism. This is big business for Tasmania. The state cannot afford to stuff it up.