By: Woodall's Campground Management|Published on: May 4, 2012|Categories: Industry News| 0 comments 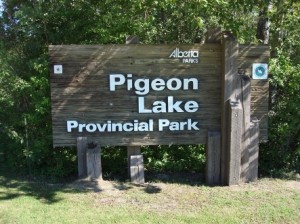 Construction will close most of popular campground.

Upgrades that will shut down most of an Alberta campground this summer have area businesses arguing the province shouldn’t do the work during peak season.

Just 38 of the 284 campsites at the campground in Pigeon Lake Provincial Park will remain open this summer while renovations are going on, Blair Northfield, owner of the Blackstone Mini Golf and Family Park and former member of the Pigeon Lake Regional Chamber of Commerce, told the Edmonton Journal.

“It’s 86 per cent of their park that they’re closing for the whole summer, and when you project the loss in terms of revenue dollars, you’ve got the potential of $3-million-plus of lost revenue to the local economy because of closing those particular sites,” Northfield said Thursday (May 3).

“That is a very, very large piece of local revenue for businesses around the lake.”

The major redevelopment at Pigeon Lake Provincial Park started a few years ago and will cost the province between $6 million and $7 million in total, said Camille Weleschuk, spokeswoman for Alberta Tourism, Parks and Recreation.

The park is about 60 miles southwest of Edmonton and includes two campgrounds — Zeiner campground, which has about 115 sites that have already been fixed and will remain open, and Pigeon Lake campground, which will close most of its sites.

The overhaul expected to be finished within the next year will modernize Pigeon Lake campground by enlarging campsites, adding power, installing an extra boat launch and building new showers and washrooms, Weleschuk said.

The popular boat launch will remain open, she said. Much of the work must be done when the ground is thawed and dry enough for equipment to drive on the site, Weleschuk said.

There are other campgrounds around Pigeon Lake as well, she said.

The provincial park upgrades will benefit Pigeon Lake businesses in the long run, Weleschuk said. “We’re confident that these new and improved facilities will really pay off for the community in the future. They’re going to better serve the campers who are there and draw in people as well.”

Businesses agree upgrades are needed but don’t believe the work must be done during the busy summer months, said Shirley Hauptman, marketing co-ordinator for the Village at Pigeon Lake, a shopping village and resort that includes a hotel, spa and large market.

“We’ve done a lot of construction here as well and we find the best time to do these things is in the off season, September, October, that kind of thing, and that’s our concern,” she said. “Why would they close it down for the whole tourist season rather than do it in the off season?”

Hauptman sent numerous letters to provincial MLAs urging the province to do the work during spring and fall, even though upgrades might take longer.