TengoInternet has scheduled another free webinar for Dec. 6 at 11 a.m. CST to review key findings and recommendations contained in the company’s recently released “2016 State of the Industry Report” that assesses campgrounds, RV parks and resorts’ ability to meet guests’ expectations for Wi-Fi service across North America.

Park operators can access a link to register for the free webinar at www.tengointernet.com or by clicking here.

“We have received a lot of positive feedback from park operators attending ARVC, Kampgrounds of America (KOA), and other industry trade shows this month,” said Eric Stumberg, president and CEO of Austin, Texas-based TengoInternet, in a press release. “The encore presentation of this webinar is a direct response to the requests from those who were unable to participate in our previous webinar on Nov. 1. Many of them told us of their interest to  review the findings and recommendations we provided in the report.”

TengoInternet’s recently released “2016 State of the Industry Report” ranks the Wi-Fi capabilities of 690 public and private parks across North America.

The report describes a serious gap between guest expectations regarding Wi-Fi and the Wi-Fi capabilities of various campgrounds, RV parks and resorts across North America. 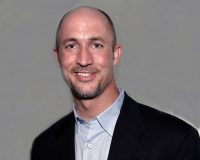 “Of the 690 public and private parks that TengoInternet surveyed this year, only 15% of them had Wi-Fi systems in place that were capable of meeting guest expectations”, Stumberg said. “Most consumers, expect to be able to stream video when they travel. What do our customers expect?” They want fast, on-demand connections to everything they own, when they want it. They want Pandora, Twitter, YouTube, Netflix, Spotify, …music and movies. They want all of their mobile and WiFi-enabled devices they are bringing as they travel to work.”

He added that consumers are not only using Wi-Fi for entertainment. “They are using Wi-Fi for Voice Over IP Calls, for work, and for education. What we’re starting to see more connection requests for things like smart TVs and gaming systems.”

Millennials, in particular, place a premium on solid WiFi capabilities. “They don’t just watch TV,” Stumberg said. “They watch everything online. They are accustomed to streaming what they want, when they want it.”

And while Baby Boomers are more likely to watch TV, they, too, are increasingly streaming video, but often use services such as Skype to chat with children and grandchildren. In fact, 80% of TengoInternet’s WiFi data traffic from parks across North America is from mobile devices.

Most parks, however, cannot support streaming video or teleconferencing with their existing WiFi systems. Unfortunately, they don’t always have enough bandwidth coming into their park and/or have outdated WiFi networks.

Many remote parks rely on DSL or satellite connections for their Internet service, but satellite data speeds are simply too slow to support streaming.

Stumberg acknowledged that many parks might not be able to upgrade their networks or obtain Internet service with cable or fiber lines. But one thing that park operators can and should do right now is to clearly describe their Wi-Fi capabilities and limitations on their websites, marketing material, and in-person while interacting with prospective guests.

Stumberg said, “Park operators should to tell prospective guests whether their Wi-Fi networks can support streaming or not.  They also need to disclose any limitations affecting the extent of Wi-Fi coverage within their parks, and communicate this information through various channels. If I am making a reservation, will I have WiFi at my site or is it limited?”

He added, “If the Wi-Fi only works for campsites in particular sections of a park or is limited to the recreation hall or clubhouse, park operators should clearly disclose this information. Otherwise, park operators run the risk of having unhappy guests who may feel they have been misled.”