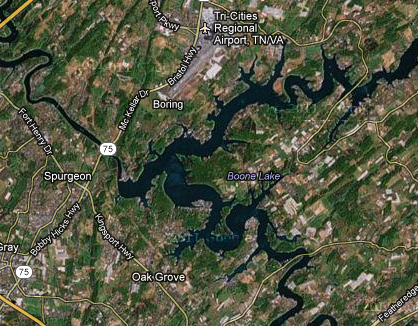 The Sullivan County Planning Commission, after an hour of discussion Tuesday (April 17), recommended against approval on a 4-3 vote of a rezoning request for a 20-site campground near Blountville, Tenn.

The Bammon family has owned the property on Sportsman Dock Road since 1957. The property is along Boone Lake, and there already is a marina and another campground in the area, tricities.com reported.

“The mission we have is to create a family oriented campground,” Barbara Bammon said.

But several dozen residents and businesses owners expressed opposition to the campground. They were concerned about the impact on their properties from dozens of campers and the increased traffic on a county road.

Tanya Clark said her family has owned a cabin along the lake for years. She presented the commission with a petition signed by 100 people who oppose the new campground. She said the campground would have a couple hundred people during the summer season and would create a huge amount of noise.

“It has always been a peaceful and relaxing environment,” Clark said. “You are taking this away.”

Sharon Cole has a home across the street from the proposed campground and said she was concerned about the increase in traffic on Sportsman Dock Road. The road is not wide enough for two cars and cannot handle the increased traffic.

“This is going to ruin our property,” Cole said.

Planning Commission Member Jack Dutton said the county is encouraging recreation-type businesses and the campground fits with the other land uses in the area.

“This is the type of area that we are looking for recreation,” he said.

Planning Commission Member Buddy King said he understood that residents opposed the idea but the commission must do what the law requires and what is best for all the residents of Sullivan County.

Planning Commission Vice Chairman Stacy Ivester said he wanted to look at the big picture. He saw the need for recreation businesses in the county but believed that businesses should work with the community.

“We have to look at more than commerce,” Ivester said. “We have to co-mingle.”

The application goes before the Sullivan County Board of Commissioners on May 21.

The planning commission had recommended against a similar campground last year on the opposite side of the lake.