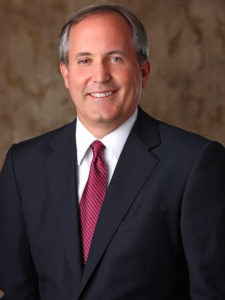 An agreement between an RV park and a guest staying at the park’s premises may establish a landlord-tenant relationship, Texas Attorney General Ken Paxton says.

Paxton issued a four-page opinion on the subject on Nov. 21 upon request of the state’s Senate Committee on Agriculture, Water and Rural Affairs Chair Sen. Charles Perry, who expressed doubts on whether guests at those parks were either licensees or tenants for eviction purposes, according to the Southeast Texas Record.

As stated in the opinion, Paxton defined a tenant as someone who “has a vested interest in the property of another and obtains exclusive possession and control of the premises,” whereas a licensee could be defined as somebody who possesses a license that “merely entitles a party to use the land of another for a particular purpose without conveying any interest in the land itself and is revocable at will.”

Although Perry stated in his April letter to Paxton that under Texas law, RV parks are properties that provide lodging only for transient or temporary guests, being equivalent to places like hotels and motels, Paxton explained in the opinion that state laws “do not prohibit an RV park from providing an individual guest with more permanent lodging.”

“A blanket rule does not exist for all RV park guests; rather, the legal relationship between a RV park and its guest depends on the terms of the parties’ agreement,” Paxton wrote.