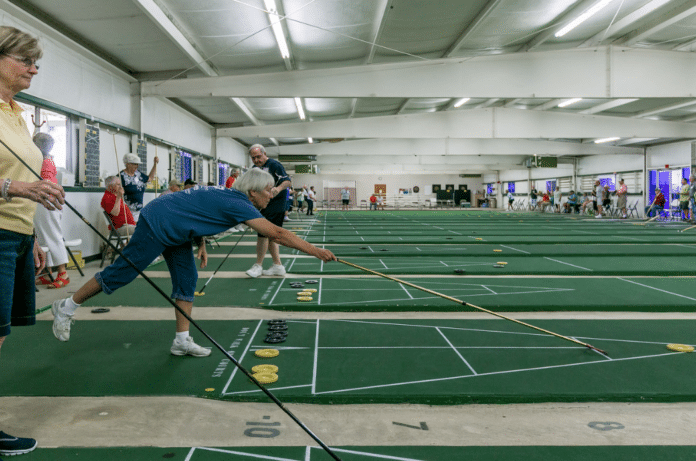 The Shuffleboard World Championships have been hosted in many places around the world such as Brazil, Canada and most recently Vienna, Austria, and next on their list of playoff tournament locations is South Texas, according to The Monitor.

The Fun-N-Sun RV Resort, located in San Benito, has been selected by the International Shuffleboard Association to host the 40th Shuffleboard World Championships, which will be held in 2021 from Oct. 17 through Oct. 22.

“We feel really proud,” Fun-N-Sun RV Resort activities director Tiffany Wallon said. “We are such a small town at the very tip of Texas and people from all over the world are going to be coming here to San Benito, so it’s a very huge deal.”

Fun-N-Sun RV Resort residents Ann and Evan Engell spearheaded the presentation and proposal to have the championship in Texas.

As chairpersons for the championship, Evan will be in charge of the shuffleboard tournament and Ann will oversee items such as transportation, food, lodging and entertainment.

“This is exciting. I am really looking forward to being able to showcase our courts, where we live and the Valley,” Ann said. “There is so much to do here and it’s such a great place for people to come visit from all over the world so I want to show them a good time while they’re here.”

Ann said the championship will probably have about 130 competitors and an additional 50 to 60 people that travel with them.

According to her, competitors and visitors usually spend two to three weeks in the area of the championship.

“The reason I think they chose to have it here is because in the proposal I made it a point to showcase the Rio Grande Valley — its food, weather and hospitality,” Ann said. “Also, Fun-N-Sun is the only park in the valley with indoor climate control courts, so that’s always helpful.”