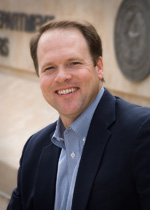 Triple-digit temperatures in parts of Texas finally relented this weekend, and that could make state parks and historical sites more appealing to visit.

But years of cuts and deferred maintenance have created a major headache at those sites for Texas Parks and Wildlife, which is responsible for managing them. And it could result in park closures across the state, KUT News, Austin, a member of the National Public Radio network, reported.

The Minor Repair Program pays for maintenance projects at state parks that could cost anywhere from $2,000 to $100,000. The program already didn’t have enough money to pay for everything that needed fixing. Then in the 2011 legislative session its budget was reduced 25 percent.

One of the shelters at McKinney Falls is a small structure with screen windows where you can camp for $40 a night. As you approach, you can see wood chipping off the side of the building.

“A lot of the wood framing is just starting to rot away,” Shirley said.

Inside, the cabinets under the sink are cracking from water damage. There’s graffiti all over the bunk beds. The ceiling fan looks like it’s about to fall off. But Shirley says it is safe.

“It is. And again, it’s a lot of little stuff,” he said. “But when you look at the totality of what’s needed to get these shelters back in shape, you’re looking at several thousand dollars per shelter.”

This is just one project of many in just one of almost 100 state parks across Texas.

“It’s like somebody deferring maintenance on their house or their car,” said Carter Smith, executive director of Texas Parks and Wildlife. “And as you put those off and put it off, usually those costs worsen, and they become amplified over time.”

Texas Parks and Wildlife submitted a proposed two-year budget to the state last month. And at the request of state leaders, the agency spelled out what would happen without additional funding. It said in order to pay for all the outstanding maintenance, they would have to close 20 state parks and lay off more than 100 people.

“It’s still way too early for anybody to get terribly preoccupied with that,” Smith said. “We have a long way to go, and I’m confident that the Legislature is going to give our needs serious consideration like they will other agencies.”

John Crompton, a Texas A&M University professor who specializes in park financing, says a solution has been on the table for years. He’s pointing to the sales tax on sporting goods, almost all of which is supposed to go to funding state parks.

In the last two years, only $60 million of the $236 million collected was used for that purpose. The rest was transferred to the general fund to balance the state budget.

“Parks are an economic engine for local communities and for sporting goods manufacturers and retailers in this state,” Crompton said. “I think it’s unfortunate that they are not being funded properly from this dedicated source.”

Last year, Texas Parks and Wildlife helped fill its budget gap by straight-up asking people for money. And it actually received millions of dollars in donations. But officials don’t think it will work again this year.

However, revenues are up. McKinney Falls State Park just reported its busiest fiscal year yet. But Parks and Wildlife says that’s not enough. The can has been kicked so down the road for so long that a few busy weekends aren’t enough to fix the growing list of maintenance issues eating away at parks across the state.