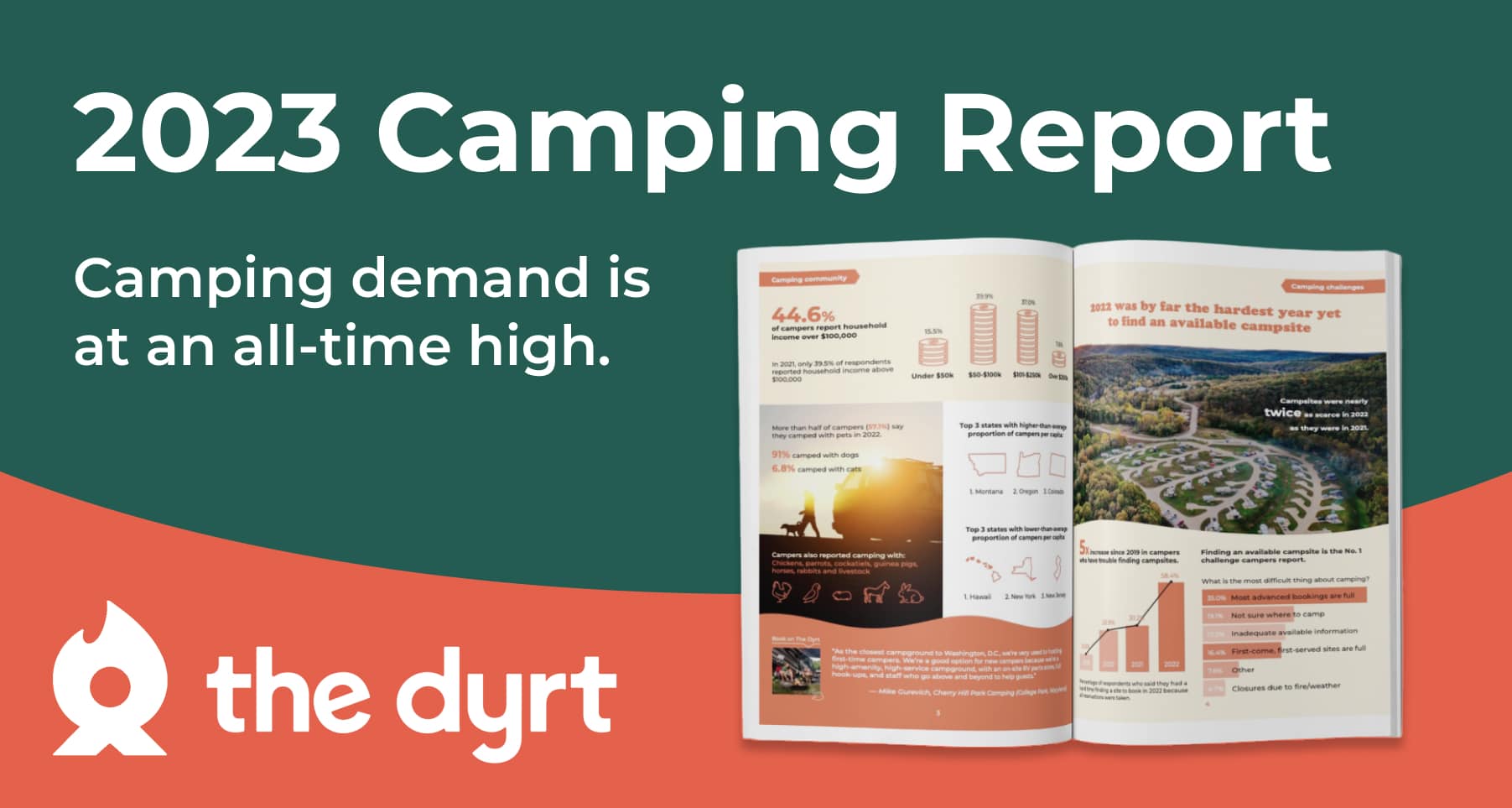 The Dyrt, an app designed to connect campers with campsite bookings and information, has released the 2023 Camping Report, an in-depth and comprehensive look at the industry, according to a press release.

The report is compiled from a survey of The Dyrt’s camper community, which gets 30 million visits per year, as well as a survey of camping property managers across all 50 states.

“We’re still in the midst of a camping boom that began in 2020, but the big story now is how campers and property managers are adjusting,” explains The Dyrt CEO Kevin Long. “It was five times harder to book an available campsite in 2022 compared to just three years earlier, and campers are looking for new experiences. Property managers are getting very creative by adapting, expanding and creating a wider variety of options.”

The report found that 80 million Americans went camping last year and that campsites were nearly twice as scarce as they were in 2021. Glamping increased 10% in 2022 and campers continued to work remotely from the campsite at the same rate — just under 25% — despite many companies returning to the office.

“Through the process of gathering information for this report we spoke to a wide variety of property managers who have bookable inventory on The Dyrt, and included quotes from them throughout the report,” says The Dyrt founder Sarah Smith. “We also identified trends among segments of the increasingly diverse camping community such as race, sexual orientation, age and household income.”

“The Dyrt’s users may comprise the country’s broadest demographic profile of the camping public. So when The Dyrt’s users have their temperature taken, it pays for other industry participants to take notice,” writes RVtravel.com, describing The Dyrt’s annual report on the camping landscape as “the statistically most meaningful picture of what it’s like to go camping in America that the industry has produced to date.”

Some other findings from the 2023 Camping Report: