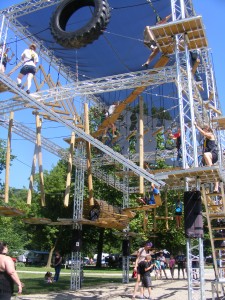 Lazy River at Granville in Granville, Ohio, is more than a campground. It’s also a family oriented activity center that includes dozens of things for children to do along with a 300-foot zip line, gem mine and two-story-tall ”challenge course” that includes slack lines to walk across and a rock-climbing wall.

That’s a far cry from what Lazy River was when Mark and Kathy Kasper bought the 195-site park 26 miles east of Columbus in 2001.

“It was in pretty rough shape. About the only thing it had going for it were the RV sites,” Mark Kasper said “The only activity back then were hay rides on Saturday nights.

“I spent many nights walking the campground at 2 a.m. asking people to be quiet or flagging people who just came in to drink and party.

“We had to change the character of the park. We had to have campers and cars hauled out of the campground and we started remodeling buildings. We upgraded the water plant and the wells, the electrical and all the plumbing.”

And over the years, the couple also added nine camping cabins to the park, which had only two rustic cabins when they bought Lazy River.

Kasper said it was no accident that Lazy River became family oriented.

“We wanted to be self-employed and we were looking for something the whole family could get involved with,” said Kasper, who previously worked in retail. “A campground seemed like a natural fit.

“I was still working when we bought the park but after about three weeks I quit my job and started full time at the campground.”

And the Kaspers’ five children — ages 7 to 14 at the time — pitched in. “They took reservations, guided campers to their sites, cut grass and helped build a sand volleyball court,” Kasper said. “The whole family was involved.”

Family involvement extends to the RVers who stay at Lazy River. “The most serious challenge we had was making a place — and this was our goal from the beginning — that we as campers would want to bring our children.

“When people come to our campground, we do a lot with the campers’ children. We have about 13 DJ weekends a year and we hire jugglers and magicians and face painters.

“And we have Dry Creek that runs through the campground, but it’s never dry. Children will purchase nets from us and then go down to the creek and hunt for minnows and crawdads and they’ll spend hours building pretty intricate dams.”

Business at Lazy River has been particularly good the last two years. “We had a huge increase in business last year and didn’t know how we would top that, but we’ve had another big increase this year,” Kasper said.

“We are seeing an improving economy and people are buying campers again. And we are providing them with something they are looking for.” 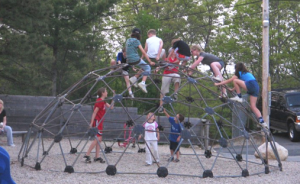 About two-thirds of the campers that stay at 415-site Bay View Campground on Cape Cod in Bourne, Mass., rent their pads for the summer season that lasts from May 1 to Oct. 15.

“We are a big park for this area,” said Mareana Tiatula, operations manager of the family owned park. “Our seasonal sites were sold out this year and that hasn’t happened in the last 10 years. We even had a waiting list. And we were at capacity three or four nights a week throughout the season. I love being full on Sunday night.”

The park, which was built in 1967 by Tiatula’s grandfather, has three swimming pools, two playgrounds, two basketball courts and tennis courts, some of which were renovated this year to become pickleball courts.

“When we first started, Bay View was a traditional campground,” Tiatula said. “Now, our activities mainly are directed at kids.”

The campground store, which features an outdoor restaurant, also recently was renovated, and all the sites have fireplaces. The park’s cable system also is currently being upgraded so that Internet access is available directly from pedestals at each site. 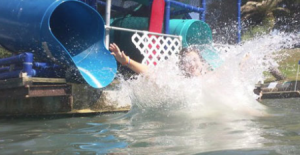 Among the largest campgrounds in Florida, family owned Wekiva Falls Resort in Sorento, with 817 full-service pads and another 100 tent sites, has seen a 30% spike in business this year.

“Not many campgrounds in Florida are as large as we are,” said Heidi Runels, Wekiva Falls marketing director who also is co-owner of the park with her father, Gary Ott Sr., and her brother, Gary Ott Jr. “The winter primarily is snowbirds and in the summer, we get short-term locals.”

The resort 20 miles northeast of Orlando was built 35 years ago with the intention that it would be split 50/50 between traditional RVs and park models. Over the years, the park model section has been converted to traditional RVs.

Wekiva Falls has a unique “RV Getaway” program that allows RVers to store their units onsite on a monthly basis for a special rate with the ability to stay at the park for 15 nights at no extra charge. “A lot of people can’t leave their RVs at their homes,” Runels said. “They have to store them somewhere. So we give them 15 nights of storage and 15 nights when they can stay at the resort.”

The park also allows day visitors during the summer to take advantage of a water park that features a swimming lagoon and water slide along with canoe/kayak rental to be used on the Wekiva River that runs through the park.

The resort also has benefited from the closing of a 200-site RV park five miles away that is being converted to condominiums. “We had a lot of those people move over to our park,” Runels said.

Currently Wekiva Falls is adding a second laundry facility with showers, a fitness center and a dog park with a dog wash. “The dog park is a really big addition for us,” Runels said.