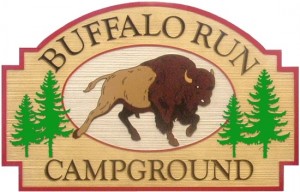 The unpredictable weather has some folks on the edge as it may keep Idaho campgrounds and tourist areas from opening in time for Memorial Day weekend, one of the busiest travel times of the year, KIDK-TV, Idaho Falls, reported.

“If you go up over the hill, you can see the creek. It’s usually a small creek, but now it’s more like a river,” said Lynette Coonce, owner of Buffalo Run Campground, in Island Park.

She is just one of many in the area the weather is affecting.

Coonce said the heavy snow pack isn’t looking promising for businesses like hers.

“We might be one of the only RV parks open for Memorial Day weekend,” said Coonce.

Forest Service campground specialist Brent Porter said he and his team are just beginning to explore which areas will be available as summertime and the busy tourist season approaches.

“We have had a lot of water this year. The snow pack is above normal, and basically, if it affects the campgrounds it would probably be this spring,” said Porter.

In Island Park, the snow is just beginning to melt. In some places, as much as three feet.

And, they only expect more water as the temperatures rise.

The Forest Service just started plowing out campgrounds and trails to them on Monday, in preparation for travelers coming through and locals heading up for some time away.

Even still, the campgrounds might not be ready in time, especially the ones in higher elevations like Island Park.

“Memorial Day weekend is probably going to be really wet. There will probably be a lot of places where folks usually go, but they won’t be able to get to yet,” said Bill Davis with the National Forest Service in Ashton.

Some of the higher elevation campgrounds may still be closed because of the cold weather.

So, you may not want to get too set on the perfect camping spot just yet.

If you’re planning on getting outside this summer, Porter and Davis said make sure you call your local ranger station first to find out for sure which campsites will be open.