Thousands Evacuated Due To Wildfires In California 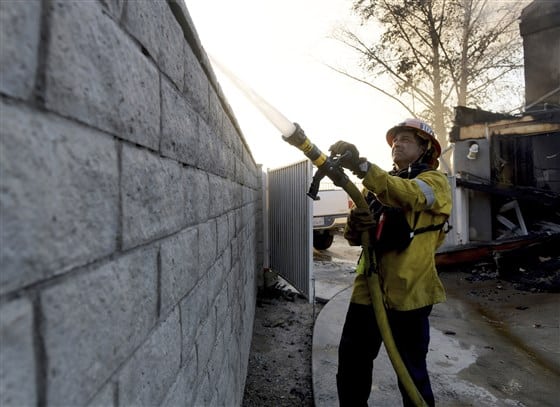 A firefighter hoses down a house on fire during the Tick fire in the Santa Clarita area of Los Angeles, Calif. on Oct. 24.

Wildfires in both Los Angeles County and northern California’s wine country continued to burn Friday (Oct. 25) morning, with tens of thousands of people under evacuation orders, many schools closed and more than 50 houses or other buildings destroyed, according to NBC News.