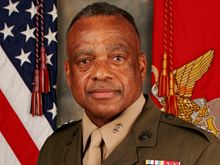 The following column was written by Tom Stienstra, outdoor writer for The San Francisco Chronicle.

The new state parks director will discover some troubling realities as he tries to bail out a leaky ship.

When Jackson was sworn in a week ago as parks chief, Gov. Brown told him that his No. 1 mission was to restore integrity to state parks.