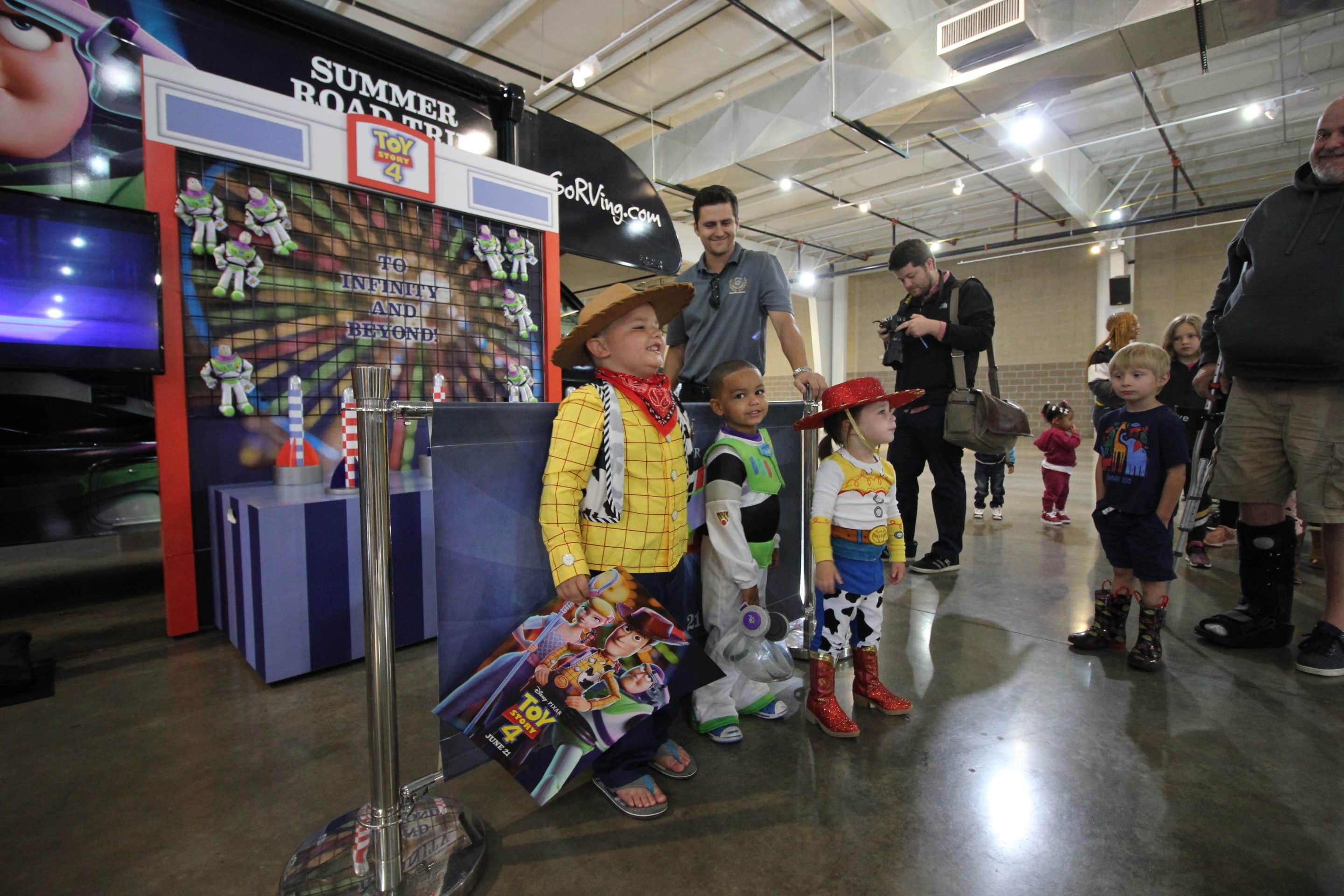 Despite the rainy weather, hundreds of people waited in line for the “Toy Story 4” Summer Road Trip tour stop June 20 at the RV/MH Hall of Fame in Elkhart, Ind. In fact, more than 100 people waited inside the Northern Indiana Event Center — the event was moved indoors due to the weather — a half hour before it officially opened, and by 9:30 a.m. there were about 400 people in a line that snaked around the room.

In the middle of it all was an Outlaw Class A toy hauler motorhome by Thor Motor Coach (TMC), which was fully wrapped in vinyl featuring images of beloved Toy Story characters including Sheriff Woody, Buzz Lightyear and Bo Peep, as well as new characters coming to the big screen such as Forky, Bunny, Ducky and Duke Caboom.

The motorhome was surrounded by a handful of carnival games including one manned by Ryan Szklarek, adminstration manager for the RV/MH Hall of Fame, called “To Infinity And Beyond,” in which kids tried to throw a ring around Buzz Lightyear’s rocket ship. Another game, “There’s A Snake In My Boots” — kids tried to throw a small bean bag into Woody’s cowboy boots — was manned by RV/MH Hall of Fame President/Treasurer Darryl Searer, who told RVBusiness he was pleasantly surprised at the huge turnout given the rain.

Indeed, Disney’s “film ambassadors” who accompany the RV on the Summer Road Trip said many tour stops have featured a three-hour wait, and one of the most often asked questions was whether people could go inside the motorhome. They cannot, but a placard outside the RV provided details of the TMC Outlaw for anyone who was interested.