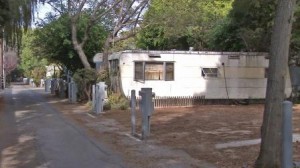 The city council in Santa Monica, Calif.  voted 4-3 to toss back a development agreement that would have replaced the Village Trailer Park with high-end condominiums and apartments because it did not meet local affordable housing requirements, the Santa Monica Daily Press reported.

The vote sends city staff and part-owner Marc Luzzatto back to the negotiating table to try to increase the amount of affordable units included in the project, a number that veered downward after the developer agreed to cede some of his property to keep 10 of the original trailer pads for current residents.

The decision comes only two weeks after the agreement between City Hall and Luzzatto received final approval from the council.

Councilmember Kevin McKeown brought the matter back to address new information raised by Sue Himmelrich, an attorney with the Western Center on Law and Poverty, that alleged that staff miscalculated the amount of affordable units required for the project.

Only 16 are included, but it should be more like 70 because the land swap for the trailer pads does not make up for the remaining units, Himmelrich said.

“This (development agreement) does not comply with the general plan, specific plan and consequently is void because it’s illegal,” Himmelrich said.

City Attorney Marsha Moutrie rejected the argument, saying that in the context of development agreement negotiations, City Hall was not required to meet the letter of the affordable housing production policies it laid down for most developments.

“If we thought it was illegal for you to approve this DA, we would have told you,” Moutrie told Councilmember Gleam Davis.

McKeown and newly-elected Councilmember Ted Winterer expressed concerns about the precedent that it would set if the developer were let off the hook for affordable housing at a time when City Hall is scrambling to pay for it.

Luzzatto protested the action, noting that the project has been in the pipeline for over six years despite losses on the property in order to negotiate the best possible relocation package for Village Trailer Park residents, many of whom are seniors or disabled.

“Completely ignored in the equation is the land donation we made and the 40 subterranean parking spaces that are not cheap to build,” Luzzatto said.

Holbrook and O’Day both argued that if the approved agreement went back to the drawing board it put the rich package of relocation benefits at risk.

In some cases, that included brand new trailers or mobile homes at either another trailer park elsewhere in Southern California or the city-owned Mountain View Mobile Home Park.

“I’m afraid that the great benefit that’s been worked out for people … will be lost,” Holbrook said. “And that really worries me.”