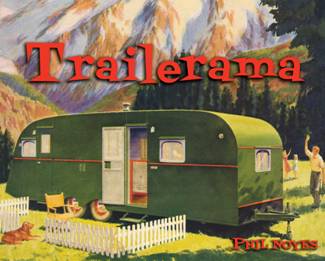 “Trailerama” is a celebration of the travel trailer’s unique place in 20th century America.

Written by Phil Noyes, the book provides a visual wonderland filled with fascinating and diverse imagery that will surprise the average reader, according to a news release promoting the new book.

Noyes has been a television and film producer in Los Angeles for two decades, and produced a PBS special on the history of the RV in America called “Mobile America.” He co-wrote the Gibbs Smith book “Trailer Travel” and also writes a regular column for RV Magazine called “Trailer Tribe.” He owns many vintage trailers, and his backyard could pass for a trailer park.

Click here to order a copy or go to