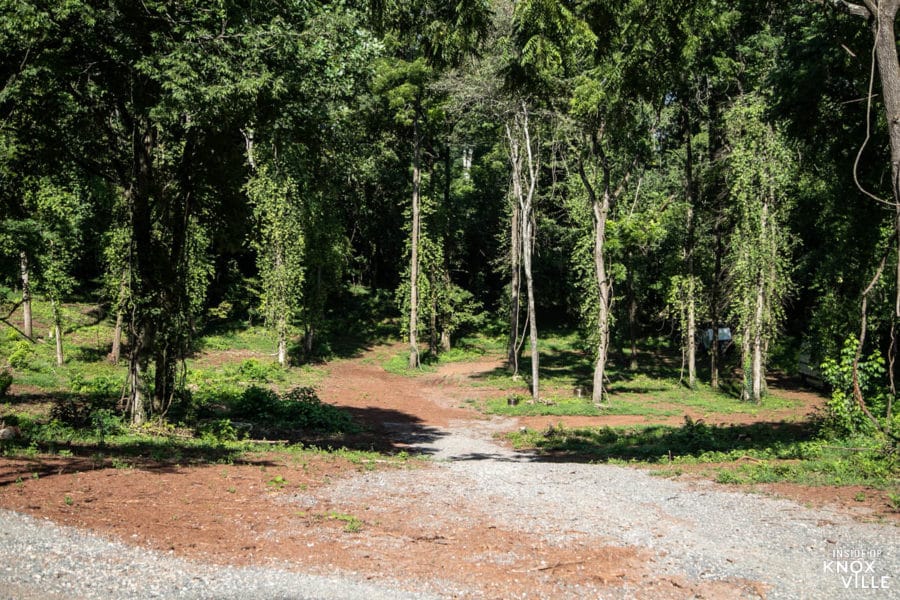 A new campground —The Drop Inn Campground — is opening soon in an amazing spot bordering Ijams, Marie Myers Park and Baker’s Creek Bottom in Knoxville, Tenn., according to InsideofKnoxville.com.

Just off the road at 4507 Sevierville Pike, the site includes sixteen wooded acres with wetlands. Trails have been added for fun on the site, including a black diamond trail (Murphy’s Law), but the trails also connect with all the surrounding parks, wildlife areas and wilderness which include fifty miles of trails and another four hundred acres to explore.

The campground is jointly owned by Carter Miller and the husband/wife team of Bryan Foster and Eva Millwood. I met with Carter who told me the couple are conservationists and want to preserve south Knoxville. Carter is from Knoxville, while Bryan is from Greenville, S.C., and Eva is from Greenback. Carter grew up in the Rocky Hill area and then worked in bike shops, including one in Charleston, S.C., where he worked for about five years.

The three have been friends for years and when Carter had an idea for a campground, they began to work on the project, securing three parcels of land they were able to join adjacent to already extensive trail networks. They wanted to develop it based on conservation principles, keeping the undeveloped land in as much of its natural state as possible.

As plans move forward, a camp area will be developed, with a small loop road connecting it to Sevierville pike. A four-unit bathhouse will be added, as well as an open-air gazebo which, along with the developed trails on the property will be open to anyone who enters by trail. The trails are ready and riders were passing through as we talked. They hope to offer beer for sale in the gazebo with a “cantina feel.” They also expect to offer some light food.