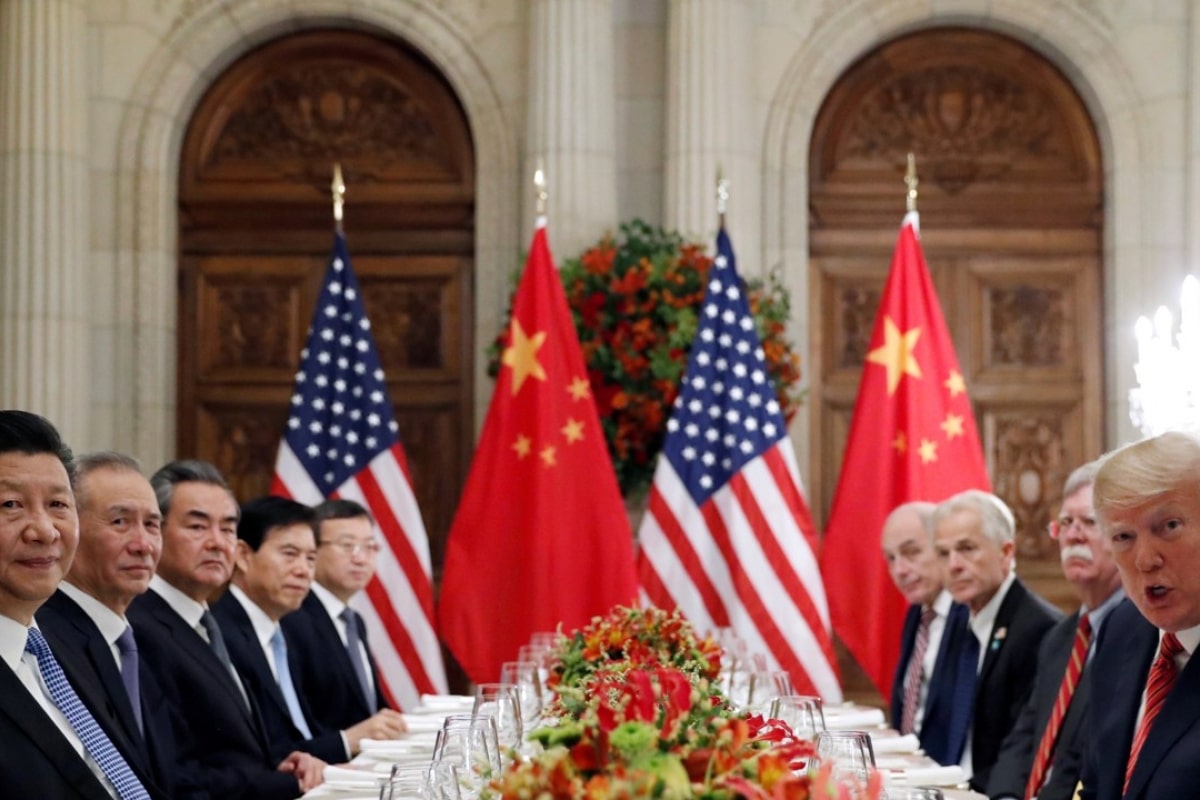 Chinese President Xi Jinping and U.S. President Donald Trump attend a working dinner on the sidelines of the G20 leaders summit in Buenos Aires, Argentina, in 2018.

The latest round of trade talks between the U.S. and China will conclude with President Donald Trump meeting at the White House today (Oct. 11) with the leader of the Chinese negotiating team, according to FOX Business.

Chinese Vice Premier Liu He is leading the delegation in the 13th round of negotiations with U.S. Trade Representative Robert Lighthizer and Treasury Secretary Steven Mnuchin.

Trump offered an upbeat assessment of the latest round of talks.

Expectations were low that the negotiations would do much to resolve a 15-month trade battle that is weighing on the global economy.

But as the first of an expected two days of talks wrapped up Thursday, Trump told reporters at the White House, “We’re doing very well … We’re going to see them tomorrow, right here, and it’s going very well.”

The world’s two biggest economies are deadlocked over U.S. allegations that China steals technology and pressures foreign companies to hand over trade secrets as part of a sharp-elbowed drive to become a world leader in advanced industries such as robotics and self-driving cars.

Under Trump, the United States has slapped tariffs on more than $360 billion worth of Chinese imports and is planning to hit another $160 billion on Dec. 15. That would extend import taxes to virtually everything China ships to the United States. China has hit back by targeting about $120 billion in U.S. goods, focusing on farm products.

The high cost of the tariffs and uncertainty over when and how the trade war will end have taken an economic toll, especially on manufacturing companies. A private survey last week found that U.S. factory output had dropped to its lowest level since 2009, when the economy was in the grips of a deep recession.

Liu met Thursday with leaders of the U.S. Chamber of Commerce and the U.S.-China Business Council. Liu told them the Chinese negotiators “come with great sincerity” and were ready to discuss the trade balance, market access and investor protection, the official Xinhua News Agency reported.