U.S. to Open Borders for Vaccinated Travelers in Nov. 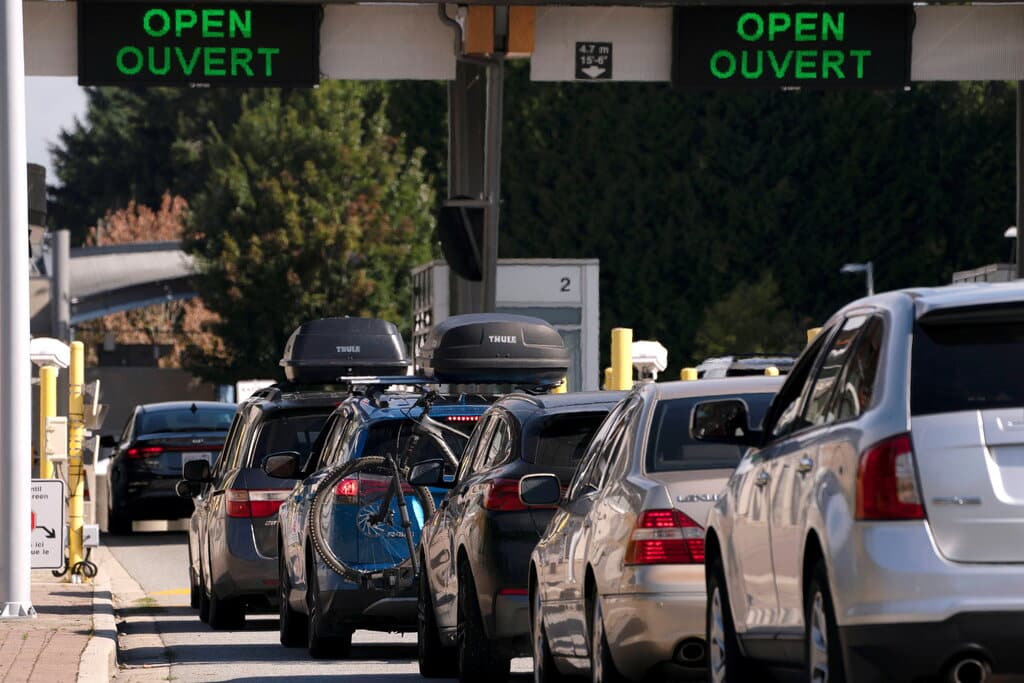 People crossed the U.S.-Canadian border after Canada opened the border to vaccinated Americans in Blaine, Wash., in August. The United States will open the border for vaccinated visitors from Canada and Mexico. Credit: David Ryder/Reuters

The Biden administration will lift travel restrictions at the borders with Canada and Mexico starting in November for fully vaccinated travelers, reopening the doors of the United States to tourists and separated family members who have been sealed out of the country during the pandemic, according to a report by the New York Times.

Foreign travelers who provide proof of vaccination and are looking to visit families or friends or shop in the United States will be allowed to enter, senior administration officials said on Tuesday, weeks after the administration said it would soon lift a similar sweeping restriction on foreigners traveling to the country from overseas.

The lifting of the bans will effectively mark the reopening of the United States to travelers and tourism, signaling a new phase in the recovery from the pandemic after the country closed its borders for nearly 19 months.

But the new requirements also indicate that the United States will welcome only visitors who are vaccinated. Unvaccinated travelers will continue to be banned from crossing the borders with Mexico or Canada, officials said. Those who were never banned from traveling across the land borders, including commercial drivers and students, will also need to show proof of vaccination when crossing starting in January — an effort to provide them time to adjust to the new rules, officials said.

Click here to read the full report by the New York Times.