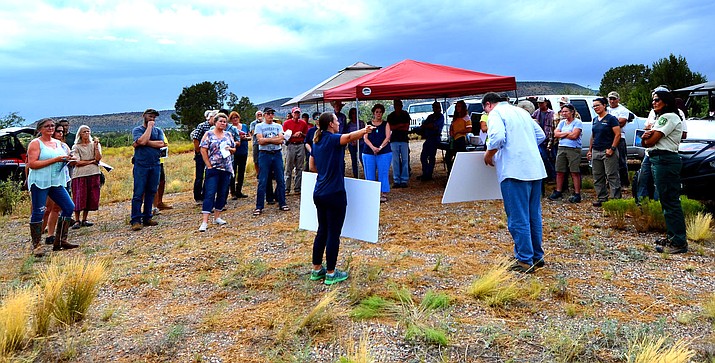 An on-site community meeting on the Under Canvas plan took place Aug. 6 that saw about 30 to 40 neighbors share concerns about the proposal overlooking Sedona Red Rock country and Sycamore Canyon Wilderness.

Under Canvas, which planned to develop an 80-acre luxury camping spot in Arizona, has pulled its application from Yavapai County after facing fierce opposition from locals, according to the Sedona Red Rock News.

“At this time, Under Canvas has chosen to with­draw our application in Sedona,” Dan McBrearty, chief development officer at Under Canvas, wrote in an email. “We will continue to evaluate the project and the Sedona market, but will be focusing on upcoming camp openings throughout the U.S. “We look forward to welcoming and educating guests on how to be good stewards of the natural environment at our eight existing camps, with six more underway in the next two years.”

The project had raised hackles from nearby resi­dents, who complained that the addition of numerous large tents and temporary structures, including a kitchen unit and dining area, as well as a laundry facility, would ruin the wild character of the area, as would the increased road traffic on dirt Forest Service roads leading to the proposed site, with 135 vehicles anticipated daily. Residents also expressed concerns about property values.

“We believe this proposed use is inappro­priate for this remote and completely residential area and would cause too much detriment to the roads we depend on and to our way of life,” Jeanne Freeland, a resident in the Sycamore Pass Road area, who expressed staunch opposition to the project, wrote in an email to the Yavapai County planner. “It is our opinion that the company’s strategy of applying for a conditional use permit is simply a way of circumventing the zoning requirements for running a motel, which is in effect what they would be doing. We therefore ask that the requested use permit be denied in its entirety.”

Yavapai County District 3 Supervisor Randy Garrison, whose district encompasses the area, said that while he was not opposed to a glamping development in the area and seeks to continue tourism development, the lack of agreement between the developers and resi­dents made this potential project a bad idea.