By: Woodall's Campground Magazine|Published on: May 3, 2011|Categories: Industry News| 0 comments 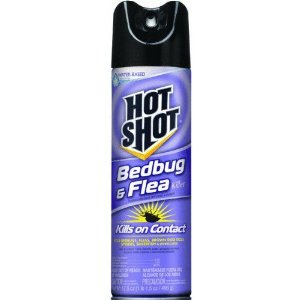 A pest in the bedroom has been a boon for United Industries.

Uttering the word “bedbug” is enough to send shivers through the spines for many people at the thought of the minuscule blood-sucking insect living in mattresses, behind baseboards and under carpets. While bedbugs are not known to transmit diseases, the insects are a nuisance Americans don’t want in homes or businesses, the St. Louis Post-Dispatch reported.

When bedbugs began to mount a resurgence nationally in late 2007, United got to work developing a product to combat the tiny reddish-brown insects that span between 1 millimeter and 7 millimeters.

United, a division of Madison, Wis.-based Spectrum Brands Holdings, drew on its portfolio of 260 registered products with the U.S. Environmental Protection Agency (EPA) — more than any other consumer pesticide company, United touts. It quickly settled on the chemical compound pyrethroid to kill both bedbugs and fleas and launched an aerosol spray under the Hot Shot brand name in January 2009.

“Our portfolio … gave us access to a quick entrance in the market, and we were able to go from product concepts to a launch in six months,” said Randy Lewis, United’s vice president and general manager. He’s based in the division’s operational headquarters in St. Louis County.

Because of increasing demand, United’s Hot Shot bedbug line has expanded to five products, including a portable 3-ounce spray introduced this year for bedbug encounters at hotels or wherever bedbugs bite.

“There’s something about an insect in your bed, while you’re sleeping, that’s feasting on your blood,” Lewis said, describing the deeply negative emotional response people have to bedbugs, which in turn drives sales.

United’s bedbug products’ revenue tripled last year compared with 2009, and the company is developing two new products that will be available at Lowe’s, Wal-Mart and Home Depot stores next year.

United does not disclose revenue by brands, but the division’s net sales increased 6% in its 2010 fiscal year to $341 million, compared to 2009.

United first had to overcome embarrassment some consumers had buying the product.

United’s products, which sell for between $3 and $10, are designed for those looking for a cheaper option than calling an exterminator, said John Pailthorp, United’s division vice president of marketing.

To help these do-it-yourselfers, United invests the bulk of its marketing dollars on in-store displays and what it calls “product knowledge sessions” at retail locations to show consumers how the products work, he said.

United faces competition in the bedbug category, with more than 300 products registered by the EPA to kill bedbugs. United estimates its market share exceeds 70%, based on Nielsen data and internal management estimates. Its major competitors include Ortho, which is owned by The Scotts Co., and Homax’s Black Flag brands.

Bedbugs have been staging a comeback ever since the pesticide DDT — which killed mosquitoes and bedbugs — was banned in the U.S. in 1972. The increase of people traveling internationally in recent years also is a contributing factor in the re-emergence of bedbugs, particularly in urban areas, said Mark Lesher, environmental scientist with the EPA’s Kansas City office.