Utility Lines May Be Cause Of Calif.’s Saddleridge Fire 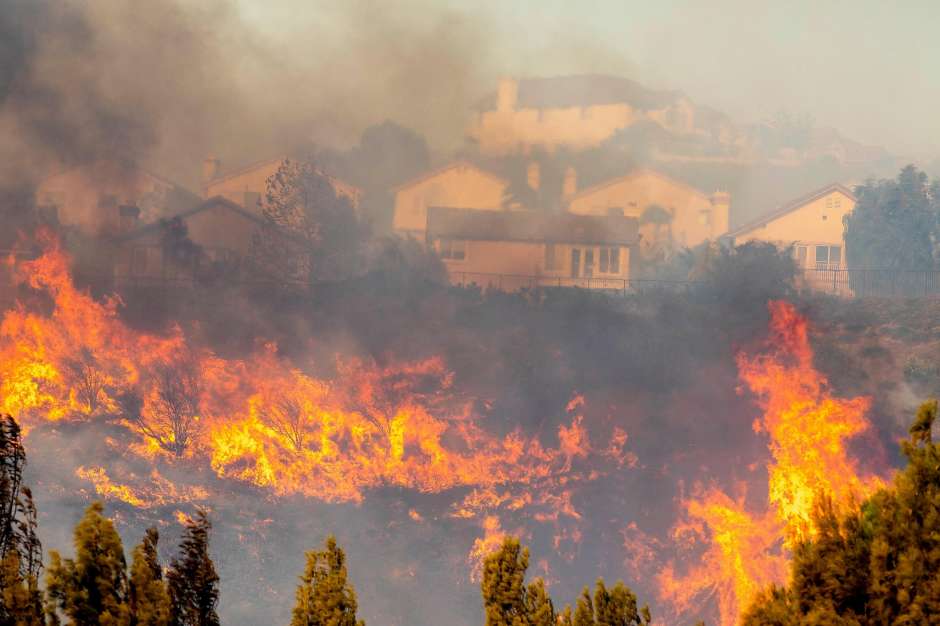 With California leaders seeking ways to avoid mass power shut-offs in the future, a southern California utility company alerted regulators that an incident on its electrical equipment may be linked to the damaging Saddleridge Fire burning in Los Angeles County, officials told The San Francisco Chronicle on Monday (Oct. 14).

The cause of the fire has not been determined.

Susan Cox, a Southern California Edison spokeswoman, confirmed that her company made a report Friday to the California Public Utilities Commission.

The report was similar to one made by Pacific Gas & Electric Co. (PG&E) last year in the days following the Camp Fire in Butte County, the deadliest and most destructive blaze in California history.

State investigators later concluded that PG&E equipment sparked the fire, a finding that put pressure on PG&E to expand its new practice of doing preemptive shut-offs during dangerous weather.

The Saddleridge Fire began Thursday night north of Highway 210 in Sylmar and by Monday morning had burned almost 8,000 acres, destroyed 17 structures and damaged 58 others. Authorities said one man died from a heart attack and three firefighters suffered minor injuries.