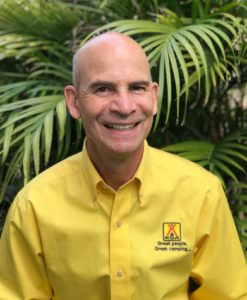 Scott Cory, owner of the Ventura Ranch Kampgrounds of America (KOA) Holiday in Santa Paula, Calif., decided to take matters into his own hands after waiting months to clean up the rubble that was left behind by the Thomas Fire last December.

This was after losing more than 20 structures during the fire, one that would go on to be the largest in California history, burning 281,893 acres and destroying 1,063 structures, according to CalFIRE.

Cory told Woodall’s Campground Management on Thursday (June 29) that while it cost quite a bit to perform the clean up on his own, waiting to see if the Federal Emergency Management Agency (FEMA) was going to be able to help was taking too long.

“It was still doubtful whether FEMA would contribute and I couldn’t take that risk,” he explained to WCM. “I would have lost more months of the season with no income. So, I had a business decision and it was more expensive than I would have liked, but it was the right way to go.”

Cory noted that a typical house clean up takes an average of $100,000 in his area after a fire, mainly due to California laws and the disposal of hazardous waste material. He expected that by the time everything was completed he would be paying out more than the average rate.

The good news though is that Cory is back up and running, almost at full strength.

The cabins are being built and shipped by Phoenix, Ariz.-based Cavco Industries Inc., which Cory said had “worked hard” with him to ensure he received the cabins as quickly as possible.

“I really applaud them for all the work they did,” he said. 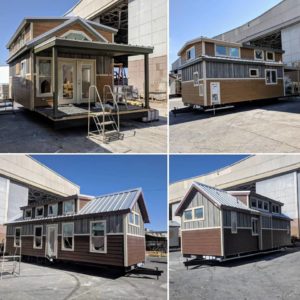 A glimpse at the cabins that Cavco Industries Inc. has built for Ventura Ranch KOA Holiday.

Cory expects to have 80% of his cabins back up and running by the end of July.

Cory is still running the campground out of a rented trailer after losing the main office building, and maintenance storage at the campground consist of rented shipping containers, but he said that everything would be rebuilt over time.

“We also still do not have a retail store or our zip line,” he explained. “Guests miss the zip line and I am looking at building a more elaborate course this time around, with a ropes course too.”

Around the campground the landscape is returning, Cory said that if you had never been to the area and didn’t know about the fire, you probably wouldn’t know one had occurred.

“Reservations for people coming back are slower than I anticipated,” he noted. “And part of that is because I haven’t reached out to the media and social media that we are open again.”

Rain has been sparse, he noted, and Cory is hopeful that another fire doesn’t occur near the campground anytime soon.

“We’ve had one good rain since the beginning of this year and that’s it,” Cory said.