By: Woodall's Campground Management|Published on: May 10, 2012|Categories: Industry News| 0 comments 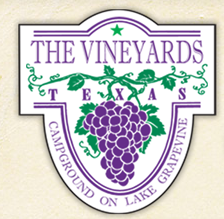 For the third time in four years, the Vineyards Campground & Cabins in Grapevine, Texas, won the “Medium Park of the Year” award from the Texas Association of Campground Owners (TACO).

It’s an honor that Joe Moore, general manager of the Vineyards, said he is eager to share with his staff, according to a news release.

“I try to use all of the educational resources that are given to us as an industry,” said  Moore,  whose park occupies 52 acres of an 850-acre mostly wooded scenic area encircling Grapevine Lake.

For Moore, that not only means obtaining CPO certification from the National School of RV Park and Campground Management and attending educational seminars at state and national campground industry conventions. It also means subjecting himself and his park to ongoing scrutiny and criticism from park guests as well as his peers in the campground business.

The Vineyards pays for the premium level of service from GuestReviews.com, the online customer satisfaction survey program provided by former Disney executive Bob MacKinnon in partnership with the National Association of RV Parks and Campgrounds (ARVC). Moore also participates in ARVC “20 Groups,” in which park operators scrutinize every aspect of their peers’ business, including customer service, safety and branding, both through periodic meetings and on-site visits.

While exposing his park to such levels of examination and scrutiny can be uncomfortable, Moore said the payback is a windfall of intelligence, unvarnished opinions and suggestions on ways to make his park better. It’s feedback that provides a roadmap on how to prioritize improvements.

“We’re only as good as what our customers think we are,” Moore said. “They tell us where we need to make improvements.”

Of course, winning the industry’s top honors requires more than simply subjecting yourself to ongoing reviews by your guests and peers in the industry. It also means hiring the right people, people who can provide top notch customer service.

“It means hiring good people, having good training sessions and having people with experience,” Moore said.

So who does Moore use to staff his park?