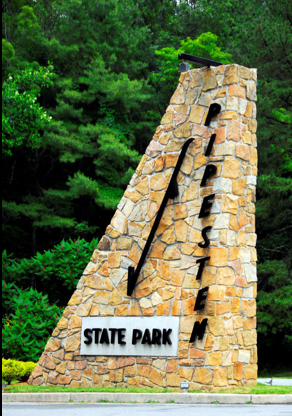 West Virginia has more than three dozen state parks ranging in size from 8,292 acres at Holly River State Park in Webster County to a modest four acres at Tu-Endie-Wei State Park in Mason County, located at the confluence of the Ohio and Kanawha rivers at Point Pleasant.

But according to state parks director Ken Caplinger, time has taken its toll on this large, popular park system and millions of dollars are needed to enable the Division of Natural Resources to repair and overhaul it. He told a joint House-Senate finance subcommittee last week that DNR is not making any recommendations because this is a policy decision for the Legislature.

The biggest issue is where will the money come from to put the park system back on its feet. Caplinger gave legislators some “food for thought” with a list of ways other states have approached the problem including taxes on bottled water and soft drinks, severance taxes on natural resources, entry or parking fees at the park, tobacco taxes and even taxes on sporting goods related to camping.

The DNR has responsibility for 35 parks, five wildlife areas and two rail trails. Caplinger said 189 buildings are 75 years old or older and were built in the days of the Civilian Conversation Corps. The average age of state park buildings is 42 years.

A recent study conducted by the legislative auditor’s office indicated the state park system needs $3 million a year just for maintenance and equipment replacement, according to Caplinger.

One of the most disturbing examples of current concerns voiced by Caplinger was an incident a year ago when the air conditioning/heating lines at Pipestem State Park — installed when the park was built 43 years ago — erupted near midnight, causing an explosion that triggered a fire. Sixty-five people in the lodge were evacuated but then allowed back inside when the fire was extinguished — or so they assumed.

“People were escorted back in the building and the equipment erupted again,” he told lawmakers. “We narrowly averted a tragic situation there. If it were not for alert security guards, it could have been really, really bad. We need about $1 million to replace those lines.”

The park system needs $1 million to invest in repairs or else the Pipestem lodge will have to be closed. A massive outdoor swimming pool on the upper level there is also crumbling. Caplinger said that “swimming pools leak when they are 45 years old.”

On the brighter side, West Virginia’s state park system has a self-sufficiency rating of 54%, compared to the national level of 45% and Chief Logan State Park enjoyed a $500,000 profit. And Caplinger agreed with Delegate Daryl Cowles, R-Morgan, that more efforts to attract additional visitors is needed if the park system is going to move closer to self-sufficiency.