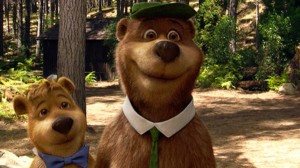 Warner Bros are planning a sequel for their 2010 release ‘Yogi Bear’, and they hired the writers of ‘Rio’ to script “Yogi Bear 2,” Great New Movies reported

The studios have hired the writers Joshua Sternin and Jeffrey Ventimilia, who worked for Fox Studio’s “Rio.” They also worked for the upcoming movie “Mr. Peabody & Sherman.”

The first part “Yogi Bear” was released in 3D and it was based on the popular cartoon character of Hanna Barbera. It was directed by Eric Brevig. The character of Yogi was inspired by Ed Norton, the portrayal of Art Carney on “The Honeymooners” in 1958, voiced by Daws Butler.

The sequel will be produced by Donald De Line along with Karen Rosenfelt, who has produced the original and Andrew Haas will be the executive producer of the movie.

The original “Yogi Bear’,” a live-action/CG animation movie resulted as a better performer than the expected, as it received moderate openings initially. It was release during mid-December and grossed just $16.4 millions at the opening and later on went on to earn $100 million in U.S. market and $100 million more in international market, totaling $200 million worldwide.

Dan Aykroyd voiced Yogi Bear, while Justin Timberlake lent his voice for the character of Boo-Boo. Anna Faris, Andrew Daly, T.J. Miller and Tom Cavanaugh played in the roles of live-action. Reportedly, it has not been announced, if the same team would return for “Yogi Bear 2.”

The movie ‘Yogi Bear 2’ is expected to release in theaters in 2013.