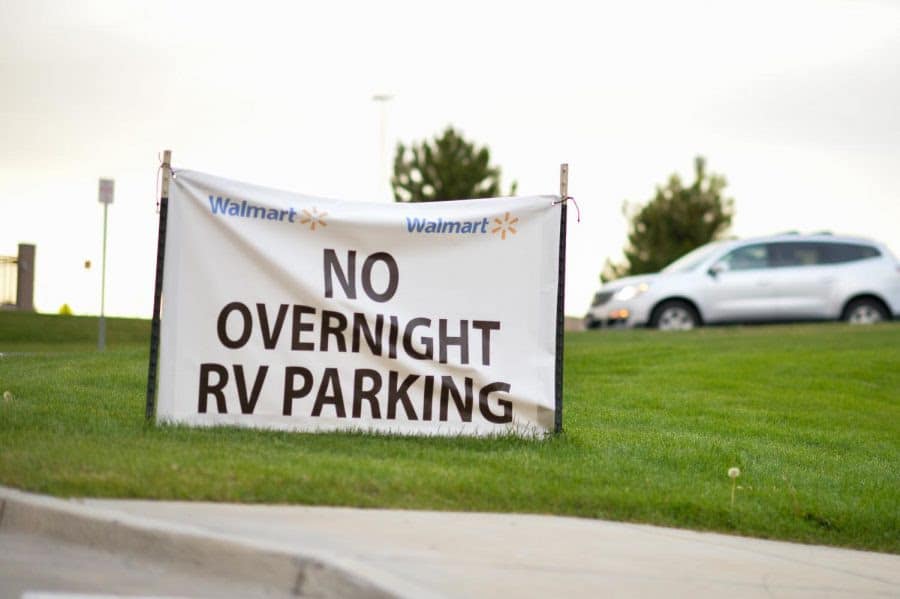 Tiffany Wilson, Walmart’s director of communication, said this decision was decided by the stores’ managers. The practice, called boondocking by some, is a practice for some RVers looking for a one-night stay while traveling when RV park sites are not available or if they are looking to save money.

“The store decided to discontinue overnight RV parking so that we could focus on the parking needs of customers and maintain a safe and secure environment,” Wilson said.

The Pullman city-run RV park is already booked out for the entire football season, including graduation, Dad’s Weekend and Mom’s Weekend, according to the city website.

According to a few employees, this decision was determined after incidents of neglectful stays.

“It became a nightmare with no maintenance or people to clean up,” an employee said.

“People were doing things they weren’t supposed to be doing, setting fires and leaving loads of trash behind,” an employee said.

Pullman Fire Chief Mike Heston said he was not aware of any major incidents of fires they were called to. This does not mean there were not smaller corrective actions taken.

He said the fire department did rounds in the parking lot, just like any other RV park: ensuring only wood was being burned, emergency lanes were not blocked, and fires were being burned in safe containers.