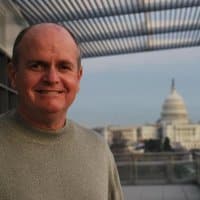 Jeff Crider, a campground industry publicist and senior editor for WOODALLSCM.com, departs Jan. 23 on a 220-mile bike ride across Cambodia to raise funds for Lifewater International’s water, sanitation and hygiene projects in remote areas of that Southeast Asian nation.

“I’ll be joining about a dozen other cyclists in this effort,” Crider told WOODALLSCM.com, adding, “Remote villages in Cambodia suffer from very high levels of water-borne diseases, and that’s precisely where Lifewater is concentrating its educational outreach efforts.”

In 2016, Crider joined a dozen other hikers in climbing 19,341-foot Mount Kilimanjaro with his then 17-year-old son, Max, to help raise funds for Lifewater’s water, sanitation and hygiene projects in neighboring Ethiopia. The Criders then visited the remote communities in Ethiopia where Lifewater is doing its life-saving work.

“I know first hand that Lifewater is doing what it says it is doing, which is why I feel good about supporting their efforts in Cambodia,” said Crider, who also volunteers as a Spanish language interpreter each summer with IMAHelps on its medical missions to Central and South America.

While Crider is covering all of his travel expenses for Cambodia, Lifewater is requiring him to raise at least $5,000 to support the nonprofit organization’s Cambodian water projects to be able to participate in the organization’s cross-country bike ride.

“Campground operators in California and across the country were very supportive of my fundraising efforts for Lifewater three years ago when I climbed Kilimanjaro. So, I am hoping they will support me again as I turn my attention to Lifewater’s projects in Cambodia,” Crider said.

You can learn more about Crider’s efforts by clicking here.