The sales numbers for recreational vehicles the first two months of 2012 speak volumes. But what’s behind the numbers may say even more.
The South Bend (Ind.) Tribune reported that according to the Reston, Va.-based Recreation Vehicle Industry Association (RVIA): 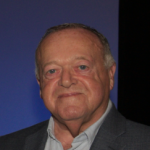 “I think just the general overall confidence in the economic recovery has played a big role,” said Sid Johnson, director of marketing at Jayco Inc. in Middlebury, Ind.

Besides that, Johnson also points to rising consumer confidence and the stock market’s upswing over the last year, especially the past few months.

The stock market’s performance is defined by many economists as the wealth factor, Johnson said, and many RV customers’ buying intentions “are heavily influenced by the health of their 401(k)s.”

Making the numbers even more impressive is that manufacturers feared an incentive program offered to dealers last fall might have sped up the buying and would end up hurting the early numbers in 2012.

“But retail sales just stayed strong on a year-to-year basis,” Johnson said. At Jayco, 2011 sales started increasing at about 9% and they kept getting a tad better up to 18%, Johnson said.

February through June are typically the biggest shipping months in the RV industry.

The upsurge by Jayco and the RV industry is important since manufacturers and suppliers employ more than 24,000 people in Elkhart County. Northern Indiana builds 82% of all recreational vehicles in the U.S., according to the RVIA.

Jayco, which makes everything from small folding camping trailers to large Class A motorhomes, employed 2,200 workers prior to the recession. After the recession hit, it hit a low of 1,100 employees by 2009.

Today, Jayco employs between 1,850 and 1,900 people. It could even reach prerecession sales levels by the end of 2012, Johnson said.

The outlook has definitely changed compared with three years ago.

“I think there’s a feeling of confidence that the economy has strengthened to the point where we can plan for the future and are not constantly reacting to things of the marketplace,” said Johnson, who also chairs the market information committee of the RVIA.

His only concern is the rising gas prices. But he quickly added, “I just went to a big rally last week in Phoenix and there were about 4,000 RV rigs at the rally, and I did not hear one comment about gasoline prices at all,” he said. “And I talked to hundreds of customers. So I don’t think the $4 bothers them. What might bother them is the uncertainty of where gasoline prices are headed.”

He added, “There’s a certain amount of concern in our business that that could slow things down. That’s why I use the word confident instead of enthusiastic or a word stronger than that.”