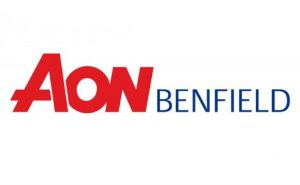 A report released by global reinsurance intermediary Aon Benfield reveals that there were 330 natural catastrophic events in 2017, generating economic losses of $353 billion.

The report reveals that 97% were due to weather-related events, including Hurricanes Harvey, Irma and Maria in the U.S. and Caribbean, plus Typhoon Hato in China and Cyclone Debbie in Australia.

“While 2017 was an expensive year for the insurance industry, the reinsurance market had an estimated $600 billion in available capital to withstand the high volume of payouts,” said Eric Andersen, CEO of Aon Benfield. “Most critically, the U.S. weather and wildfire events in particular have demonstrated the value of reinsurance, with claims being paid in an average of eight days to augment the recovery process.”

The report highlights roughly $14 billion of global insured wildfire losses in 2017, but the vast majority are from two major California fire outbreaks.

The October outbreak in northern California and the wine region is estimated to have caused an economic loss of $13 billion, with $11 billion of that estimated to be covered by insurance and reinsurance. This outbreak is the fourth largest economic and insured catastrophe loss event of 2017, according to Aon Benfield’s data.

The December outbreak in southern California is estimated to have cost the economy around $3.2 billion and re-insurers an estimated $2.2 billion, according to the brokers data in the report.