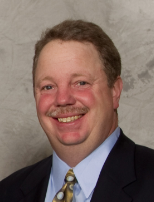 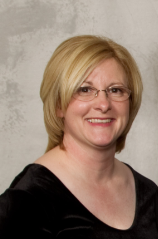 Editor’s Note: The following post is an excerpt from a story that appears in the November issue of Woodall’s Campground Management.

In 2003, Scott and Sue Crompton took sabbaticals from their jobs in Michigan, bought a motorhome and traveled the Midwest and East, staying at RV parks and looking for a park they would like to own and operate.

They looked at nearly 30 campgrounds, including a 230-site Yogi Bear’s Jellystone Park near North Java in western New York owned by a couple with small children. The park was a 100-plus acre pine forest oasis set amid the gently rolling farmland area in the western part of the state. However, the park, 45 minutes southeast of Buffalo and once owned by the city, wasn’t for sale.

But the owners called the Cromptons a few days later and said their park was for sale after all. “We caught them at the end of the season when every campground is for sale,” Crompton recalled.

The sale was completed early in 2004 and the Cromptons embarked on their adventure as campground owners.

“We knew nothing about running a campground before we got into this,” says Scott, who had been a consultant in strategic planning for the auto industry (his wife was a controller and business systems consultant). “I thought, with winters off this was going to be a high quality of life, that the off-season was going to be an off-season. We soon realized there is no off-season. But we were lucky and had very open former owners who told us everything about their experiences” in running the campground.

Scott and Sue are good listeners.

In 2011, Leisure Systems Inc. (LSI), franchisor of the Yogi Bear parks, named the Cromptons Franchise Owners of the Year, the top award for franchisees.

“They took a park that needed a lot of work and turned it into a very nice facility,” said Dean Crawford, LSI’s executive vice president. “It’s really amazing what the two of them have done.”

“I say this is hard work but it is not hard. We followed what other folks told us to do,” Crompton said.

Physical Description: Most of the sites are shaded. Interior gravel roads are graded weekly, providing excellent pothole-free travel throughout. The waterpark is open from Memorial Day weekend through Labor Day. A dog park, laser tag zone and pedal cart track are located on site. The park’s fleet of 30 golf carts for guest rental is booked solid during the peak season and additional carts may be added in the future. Visible from the park are some of the more than 250 wind turbines operated by New York Electricity and Gas within a few miles of the park.

Community Outreach: The park has hosted inner city students from Buffalo schools and special needs children through the years. In 2012, a group of 150 Islamic students from a mosque in Buffalo spent a week at the park. The boys, ranging in age from grade school to teens, stayed in 14 deluxe cabins. Because of the faith’s strict customs, the boys were not allowed to interact with campers of the opposite sex during their stay. This presented a challenge to owners Scott and Sue Crompton, who scheduled the cultural exchange during mid-week in June when regular attendance would be low.