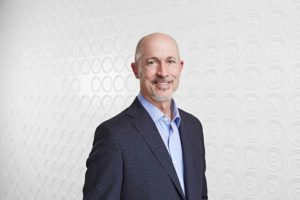 Wi-Fi continues to be an amenity that many campers are looking for when they stay at a privately-owned campground or RV park and according to the 2018 State of the Industry Report by TengoInternet Inc., that has driven many park owners to update their existing infrastructure in 2018, while also improving the consumer experience.

TengoInternet, a Wi-Fi services provider to the campground and RV park sectors, has generated the report for three years, according to CEO Eric Stumberg. The 2018 edition was based off a combination of surveys sent to TengoInternet customers and individuals who use other Wi-Fi service providers who choose to participate. Stumberg noted that 799 participants took part in this year’s survey.

“We are really trying to educate the industry on what consumers are looking for and get the owners thinking about setting better expectations,” Stumberg told WOODALLSCM.com “The reaction to this report has been really positive and I think it has helped park owners understand what their peers are doing. It really has become a way for owners to benchmark themselves with the rest of the industry.”

Stumberg noted that in the 2018 report owners in the campground and RV park sectors have made large strides in ensuring their campers understand what they can expect out of the Wi-Fi at their parks, but still there are improvements to be made.

The report highlights that 27% of parks now meet customer expectations, up from 5% in the 2017 report.  However, 73% of park owners are still not providing a service that the customer expected when they booked their site.

He explained that the disappointment of not being able to use the Wi-Fi as expected might overweigh the actual experience of camping at a park.

“The camper can feel like something was misrepresented during the booking process,” Stumberg said.

The best thing a campground owner can do, according to Stumberg, is to clearly point out what your Wi-Fi service is going to allow the camper to do. For example, if a park’s Wi-Fi only works in certain areas an owner may want to clearly indicate that before a potential camper reserves their site.

Stumberg said one of the positives of the 2018 report was the increased number of owners that have invested in upgrading their Wi-Fi circuits and hardware.

“People are investing in faster cable and fiber circuits,” explained Stumberg, noting that the upgrades are allowing more megabytes to reach each site increasing the capability for campers to also use multiple devices at the same time.

The report also points out that 82% of parks surveyed had a Wi-Fi network that was rated N or AC, while 18% of park owners are using “severely dated networks, a decline from 24% in the 2017 report.

Stumberg said that an N-rated network is still an accepted industry standard, while AC is the newest network available and allows an owner to transmit a signal over two channels, a 2.4 or 5 gigahertz channel.

“So, it basically doubles the capacity of a network,” Stumberg said. “It will support a lot of devices trying to do a lot of different things.”

He explained that to ensure their network is staying up to date it is important for owners to communicate with their Wi-Fi equipment providers.

“They also need to make sure that their system is designed well to guarantee that it will provide coverage to every site,” Stumberg explained.

The 2018 report also shows that 35% of park owners are offering free, unlimited Wi-Fi to their campers, while 65% now offer a free period, basic plan or managed speeds and a pay plan.

Stumberg noted that one of the more interesting aspects of the new report was that most of the parks that were highly rated in the Wi-Fi department now charge for a premium plan.

“These owners are now willing to invest in fiber or other upgrades, but they are doing so by telling their campers that they are going to have to pay a fee for premium service,” he said. “They will provide a basic service, but if the camper wants streaming capabilities they are going to need to pay more. The move is helping owners offset some of the expense of taking on the upgrades.”

For many owners it may be easy to fall into the trap of just placing outdoor antennas, looking to boost a Wi-Fi signal to every site, but the 2018 report shows that as more owners increase their cabin and park model inventory there is a real need for indoor antennas as well.

Currently, only 38% of parks with full Wi-Fi coverage also offer indoor connectivity in all their buildings.

“Basically, with Wi-Fi you are trying to a deliver a signal to a site, but it has to penetrate your RV or the material of whatever you’re staying in,” Stumberg explained. “That’s where you get into designing a network that has a strong enough signal strength to penetrate an RV. The challenge with some Airstreams or with a lot of park models is they might not be able to connect anywhere in a park model. Specifically, if the park model was installed after the network was built.”

He said that park owners need to be aware that people who are staying in cabins or park models may be also bringing different devices and that they may be a different type of customer, with different expectations. Stumberg explained that many owners are now installing a dedicated connection inside of their units to make sure that the Wi-Fi signal works.

“You really want to make sure that the signal in a unit like that is working right because your campers are paying a premium to rent that unit,” he noted. “They could have five people in a park model and all of them have devices and you really want all of them to work well.”

Stumberg also noted that owners should also evaluate their community buildings like a community center, outdoor pavilion or wellness center to ensure that the coverage in those areas is meeting the demand.