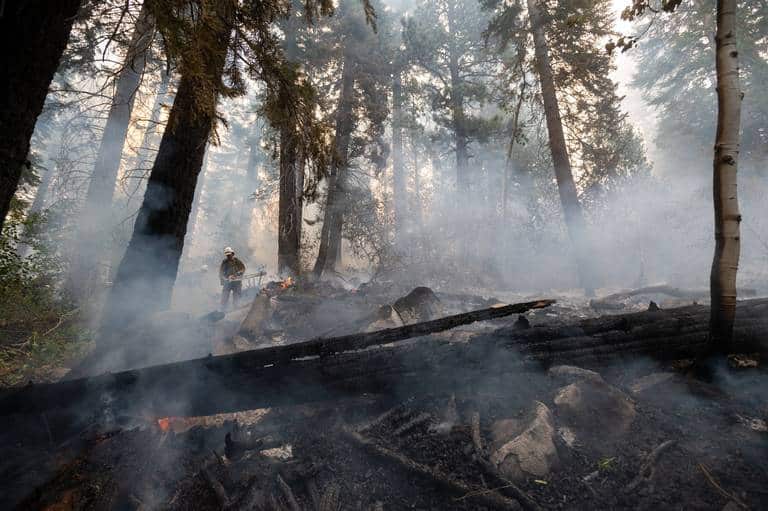 Part of Highway 50 was reopened and more evacuation orders for the Caldor Fire in El Dorado County, Calif., were lifted Sunday (Sept. 12) as fire crews continued to make headway on the blaze, according to The Sacramento Bee.

At 10 a.m., officials reduced mandatory evacuation orders along Highway 50 to warnings and said that part of the highway would be opening up.

Cal Fire said that Highway 50 from Ice House Road to 36 Mile Stone was reopened, a stretch that runs roughly from Riverton to just east of Kyburz. The highway has been closed for weeks due to the Caldor Fire, which has now charred 218,950 acres, making it the 15th biggest fire in state history, and is 65% contained.

“Conditions overnight were mild,” fire officials said but warned that weather could be an issue in the days ahead. “Southwest winds continue today through next week, challenging existing control lines and creating the potential for additional fire growth.”

Fire crews have made significant progress over the past few days. Since Friday, containment has jumped by 8% and overall fire growth has been minimal, adding only about 1,000 acres since Friday.

But that doesn’t mean the fight is over for fire crews. Officials said Sunday that nearly 25,000 structures remain threatened by the Caldor Fire, which has already destroyed 782 homes and 203 other minor structures. Many evacuations remain in place in eastern El Dorado County, as well as parts of Alpine and Amador counties.