With Slim Labor Mrkt., Parks Think Outside the Box

By: Jeff Crider|Published on: May 24, 2021|Categories: Industry News| 0 comments 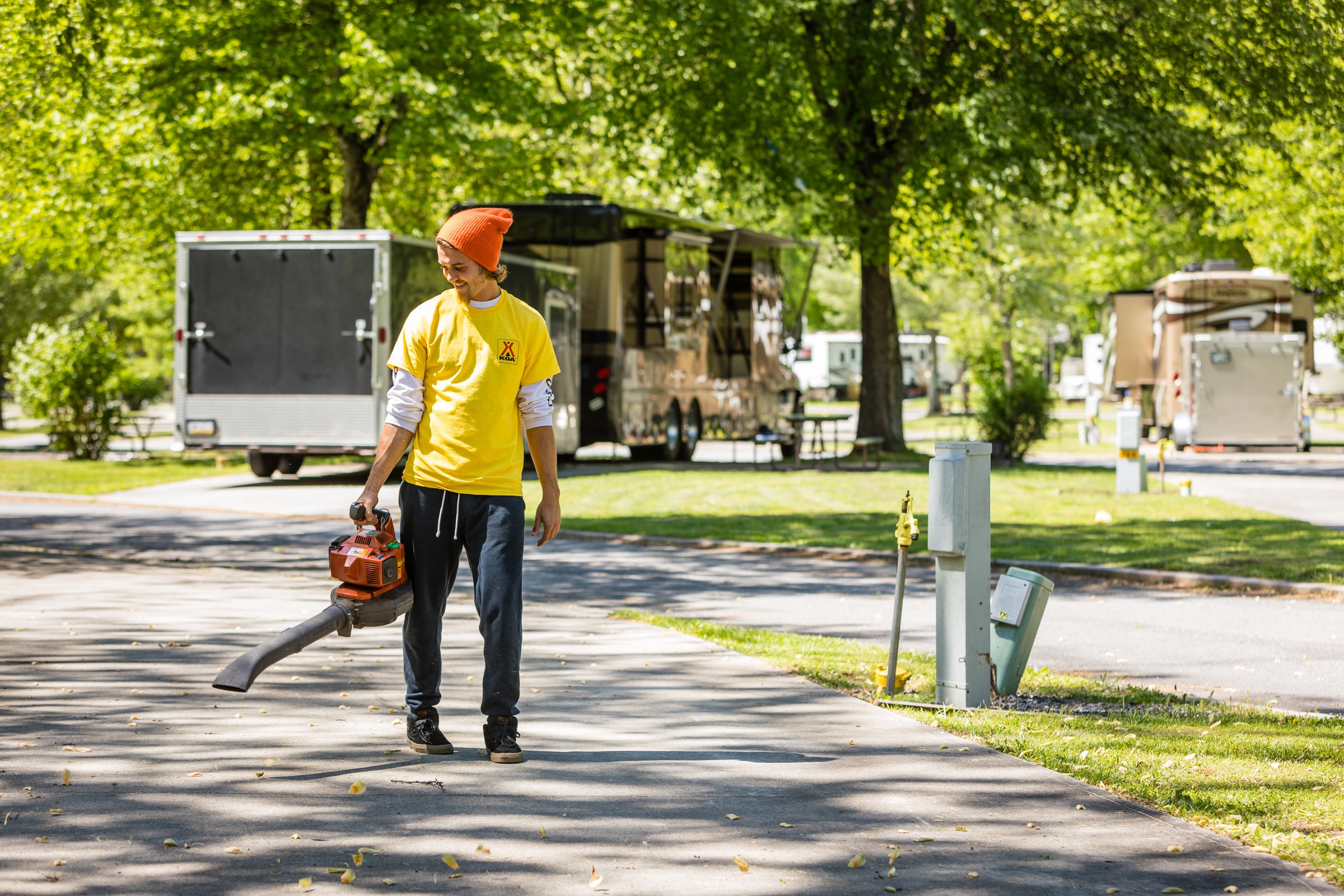 Finding the right employees — or any employees at all — is a challenge right now.

Private parks are facing another year of having to do more with less — more work with fewer employees or work campers to do the jobs that need to be done.

“Right now, it’s kind of a perfect storm,” said Jeremy Welch, vice president of human resources for Billings, Mont.-based Kampgrounds of America Inc. (KOA). “We have the (COVID-19) pandemic ongoing, which drove a large segment of the population out of the workforce. But the pandemic also drove an increase in demand for camping. So, you have an increase in demand (for camping) and a decrease in the ability to find staff.”

Last year, many park operators complained that generous unemployment benefits at the outset of the pandemic prompted many work campers to stay home — or in their RV — rather than report to work. Meanwhile, foreign exchange students, another key source of campground labor during the summer months, were prevented from traveling to the U.S. because of the pandemic, as well as a freeze on student visa applications by the Trump administration.

The Biden administration has removed the visa restrictions on foreign students, but parks that traditionally hire foreign college students during the summer months may still have trouble recruiting all of the students they need this year since many U.S. embassies remain closed overseas because of the pandemic, said Brent Gasser, who co-owns and operates the Yogi Bear’s Jellystone Park Camp-Resort location in the Wisconsin Dells.

The Dells, which markets itself as “the waterpark capital of the world,” traditionally relies on foreign college student labor during the summer months because there are not enough students available locally to fill the estimated 16,000 positions that need to be filled each summer.

“We have 600 businesses competing for the same labor pool and skills,” Gasser said, adding that The Dells itself only has a year-round population of just over 5,500 residents.

This year, Gasser anticipates an even stronger demand for camping, with advance reservations trending 26% ahead of last year and 10% ahead of 2019 figures. But he also anticipates continuing difficulties attracting enough employees.

“I’m projecting we’ll be 40% short of our labor needs,” Gasser said, adding that he’ll have to pay more money and offer more benefits to compete for college-aged employees during the peak summer camping season.

Meanwhile, demand for work campers across the country continues to rise, according to Jody Duquette, executive director of Heber Springs, Ark.-based Workamper News, noting that the publication’s job listings during the first few months this year are higher than 2019 figures, the last normal year before the pandemic.

Duquette added that she is seeing a huge volume of solicitations for campground employees on Facebook. “I’m in a dozen or so work camping Facebook groups. The number of employers posting ads is overwhelming right now,” she said. “They are just having trouble finding folks.”

Part of the problem, she said, is that park operators waited too long to line up work campers for the spring and summer camping season. “They need to advertise at least six months in advance,” she said. “Eighty percent of work campers already had their summer jobs lined up in February.”

The tight labor supply has forced park operators to completely overhaul their compensation and benefits packages as the pandemic continues. 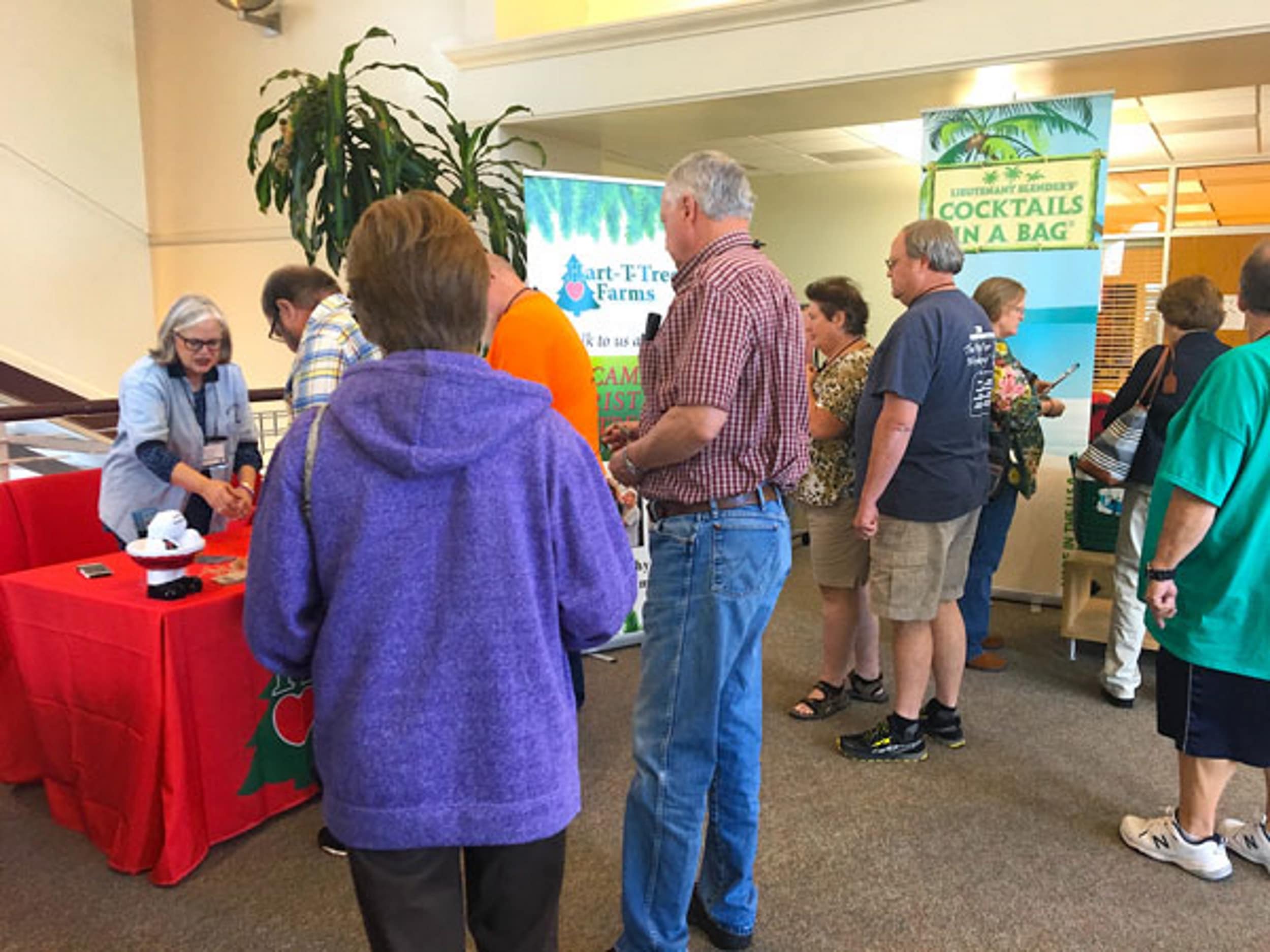 In this picture work campers are at an event hosted by Workamper magazine. Work campers are a hot commodity right now, meaning park owners need to find them earlier and offer more benefits.

But the same labor market dynamics affect both types of RV park employees, Foos said, adding that it has become increasingly challenging to attract and retain talented employees or contract workers during the pandemic.

“If an owner or operator charges staff for site rent through traditional rent or site trade,” Foos said, “the labor pool is even shallower as demand increases and (the number of) available applicants decreases.”

Faced with a more competitive labor market, Horizon has re-tooled its employment offerings to include certain benefits, such as vision, dental and life insurance or 401(k) accounts at no cost to its RV park clients.

“We believe that benefits are one of the largest employee hurdles to solve in our industry since it can be very expensive to do so,” Foos said. “But it is an effective method to solve the issue of sourcing applicants and obtaining staff and is almost required in some fashion to tap into a larger pool of applicants outside of the work camping community. One of the benefits of working with work campers is that most don’t need traditional health insurance, but there is more demand than ever before for this labor source.”

In addition to offering more attractive compensation and benefit packages, Horizon is offering its employees and contractors signing bonuses.

“Early commitment bonuses are also becoming more prevalent, where seasonal employees are offered a nominal bonus for committing to a future season, payable when that next season occurs,” Foos said.

Horizon is also enabling its employees to transfer to other locations it manages with the seasons as an enticement to retain talented workers.

Welch said KOA is also offering signing bonuses and “bonuses for staying on,” depending on the market.

But while the pandemic has initially created a labor shortage for the campground and RV park industry, it has also broadened the potential labor pool as millions of Americans have been ordered to do their jobs remotely.

While more Americans than ever before now realize it’s possible to work from an RV so long as they have a reliable Wi-Fi connection, the pandemic has also prompted many to take a hard look at their work and family lives and to reset their priorities with a heightened awareness of their own mortality. Some of these folks are now exploring employment opportunities in the campground industry because it combines the RV lifestyle with more freedom than traditional corporate jobs.

“With the pandemic, there have been some silver linings as far as the workforce goes,” Welch said. “We’re seeing a whole new world of folks that want to be work campers, including younger couples and families with children.”

KOA is also seeing people from a wide variety of industries who are now transitioning to the RV lifestyle and are exploring ways to develop careers in campground management.

“There is a great base of people that are looking for that right now,” he said. “We’re seeing that they want the lifestyle. They want the ability to be outdoors, have a secure position and have the whole aspect of the camping lifestyle. It’s a very attractive place to be. (Interest in this kind of career) is across the board, generationally.”

“You can groom them,” he said, adding that KOA itself recently rolled out a “general manager in training” program.

“It’s set up for a 12-week process,” he said. “However, we know that some new employees may learn faster and others may take more time, six months or a year. You evolve the training to fit the individual’s needs. You allow them to tell you what they are seeing, what they have the greatest interest in and you adjust the plan to fit the development desire of the people. You don’t push people into positions you want them in, but positions they want to be in. That helps with retention.” 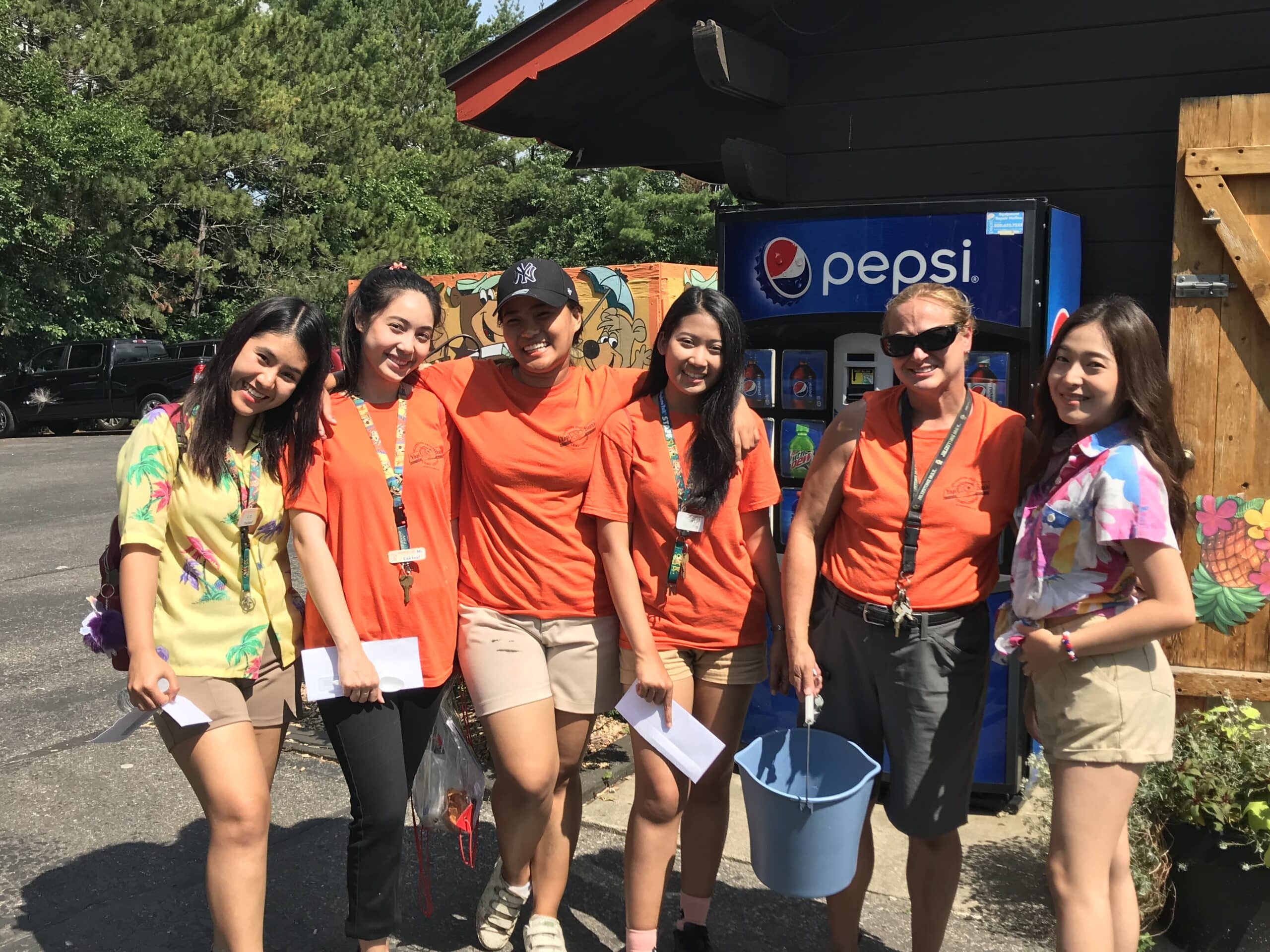 Parks who rely on J-1 students have had to deal with change because of the COVID crisis.

But to retain these employees, it’s also imperative to discuss potential career paths with them and to continue to check in with them to see how they are doing.

“You want to allow for an ongoing conversation (about their career path),” Welch said, “because this creates an environment based on what the employee population is wanting and with this approach the leaders know more of what their employees are looking for.

“In any industry,” Welch added, “the more that a leader can be connected to the employee, the better off you are. It doesn’t matter what part of your career you are in. You can create a path inside your organization so they can see the end light or goal they want to achieve. Employees are more likely to stay when they can see that path, whether they want to be the best housekeeper or be a campground manager. You have to be able to show that path for all employees, no matter what they want to do. You have the ability now to look at the whole wave and see the trend, look five years out, 10 years out, and create more career paths.”

And while wages are always part of the discussion, immediate financial compensation alone becomes less of an issue when employees can see their ability to grow their careers — and their potential compensation — within an organization.

“There has always been the ability to grow people,” Welch continued. “But what’s happening now is across the U.S. we’re seeing people who have historically been locked up in cubicles somewhere who have now opened themselves up to working remotely to do things.”

Welch added that private park operators should pay attention to the people who are staying at their parks because some of them could be potential recruits to work with them. “From an employment standpoint,” he said, “all campground operators should be looking at who is staying at their park. You will randomly connect with this different audience that may now be open to the thought of working in the campground industry.”

But while there is a potential new pool of campground industry employees, park operators also need to be “very, very aggressive” with their hiring process because of the level of competition affecting so many industries, said Glenna Hecht, a Dallas-based human resources expert who regularly speaks at KOA conventions and runs the company Humanistic Consulting.

Park operators also need to update their job descriptions and policies, taking into account how different things are being done now during the pandemic. They also need to make sure everyone in their organization is “singing from the same songbook.”

When the job duties are not “up to date” or reflected in job postings or interviews, the applicant may wonder “what else is not defined in the organization?” Hecht said.

A clear and consistent hiring process provides a sense of security for the candidate and is indicative of a productive and goal-oriented business culture, she said.