Work At Kentucky State Park Will Stretch Into 2020 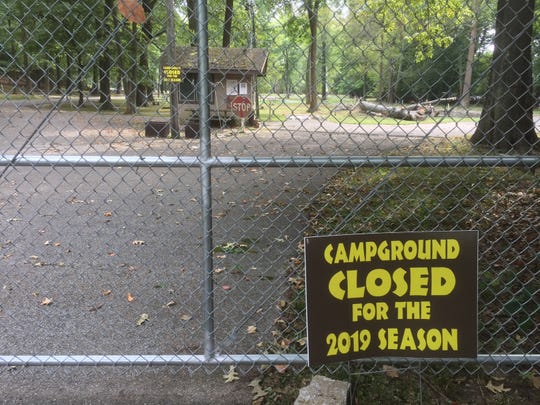 The sign is clear at the Audubon State Park campground in Kentucky.

Kentucky officials have confirmed that rehab work on the Audubon State Park Scenic Lake dam won’t be finished until well into 2020 at the earliest, meaning the campground closure there will stretch into at least a third year, according to The Gleaner.

The campground was never opened in 2018 due to the start of work on the adjacent dam and it has remain closed since then.

Meanwhile, Phase One of the $6 million dam rehab project — amending and stabilizing the soil foundation of the levee with a concrete-like material — was finished in that first year.

But the two-part project stalled out this year — and the campground closure has dragged on.

The project “is ongoing. There was a bit of a delay with it,” said Robin Hartman, a spokeswoman for the Kentucky Energy and Environment Cabinet.

As for when or of the campground will open next year, Park Manager Mark Kellen said last week that “I don’t know at this point … I thought it was going to be open this spring or this summer.”

“There’s safety concerns, and we as a park have to be shovel ready” for construction crews when work is approved.

As for campers, “We’re not taking reservations for 2020 right now because we really don’t know. I understand their frustration.”