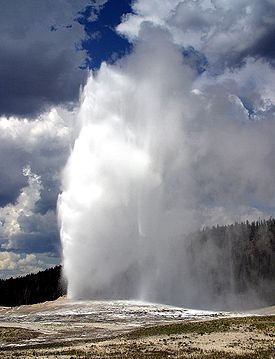 Visitation numbers in Yellowstone National Park saw a slight dip for the month of July. However, vehicle numbers were up and the park had nearly as many people visit the park last month as in the previous six months of 2013 combined, West Yellowstone News reported.

According to Yellowstone spokesman Dan Hottle, visitation numbers haven’t really changed all that much, and the minor changes in the figures are contributed to the park changing their person-per-vehicle multiplier from 2.91 persons-per-vehicle down to 2.58 this year.

“It means we really haven’t changed since last year because we used to have a different multiplier and it’s calculated differently,” Hottle said. “We’re still on about the same track as the last five years. We’ve been pretty across the board with over 3 million visitors (annually).”

The park has been using the same multiplier for nearly 20 years, and after conducting surveys at each of the park’s entrances last year they decided the multiplier needed to be lowered. Based on their results from the survey they found that on average, fewer people were entering the park in the same vehicle.

Hottle says June, July and August are the park’s busiest months historically, and that visitation numbers generally start to drop around Aug. 15 for American national visitors, as summer vacation ends and children are heading back to school. International and older visitors typically keep numbers steady into September, but numbers start to drop off by a considerable amount after that point.

“We’re starting to have things close in the park and we can write off big visitation by mid-September,” he said. “Around the first week of September we start having dock rentals and some campgrounds close. RV parks and outdoor visitor activities start to close around mid-September.”

The park spokesman says the park visitation drops from 15,000 to 20,000 visitors a day down to around 8,000 in the fall, and that they can usually project their total visitation for the year by that point.

“You aren’t fighting the crowds but some places are closed at that time, but the flipside is low crowds,” he said.

Hottle says coming in the shoulder seasons means the possibility of cold, snowy weather rolling into the park, so visitors should come prepared for unpredictable conditions.

“I tell people to have a good backup plan for their vacation and a good set of backup clothes,” he noted.

For those planning a quieter visit to Yellowstone, remember to come early or late in the summer season, and pack a wide variety of both summer and cold weather apparel.