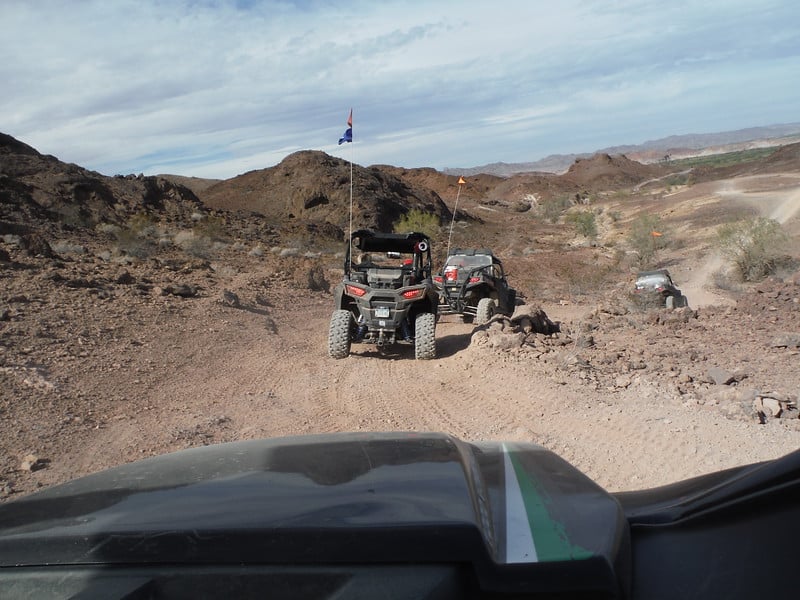 Yuma, Ariz., has long been a popular destination for snowbirds because of its sunny skies and winter vegetables. Yuma County, in fact, markets itself as the “winter lettuce capital of the world,” while the city of Yuma calls itself the “sunniest city of the world.”

But if enough snowbirds have their way, Yuma may eventually become just as well known as a base camp for off road vehicle adventures, according to a press release.

“It’s getting more popular every winter,” said Robert Rolle, who co-owns and operates Rolle’s Lynda Vista RV Park in Yuma, which is seeing a gradual increase in the number of snowbirds who purchase RZRs and other types of off-road vehicles each winter.

Troy Knoch, who has spent the past nine winters at the park in a 36-foot fifth-wheel, has developed a following of fellow RZR enthusiasts who join him on weekly tours of the backroads of Arizona and California, with which he has become quite familiar during the past decade.

They’ll spend the whole day exploring the backroads, caravanning together for safety, and packing their lunches, extra fuel and supplies, just in case someone encounters a problem and needs help. Their destinations include remote canyons, abandoned gold mines and long forgotten ghost towns.

“Sometimes, we see lots of mountain sheep and wild burros,” he said.

Knoch has taken his fellow snowbirds as far away as the site of the 1851 Oatman Massacre near Gila Bend, where most of the Oatman family was massacred by Native American warriors, except for their two girls, who were taken as slaves.

“We’ll load up with hot dogs and buns and leave the park about 4:30 in the afternoon. When we find a place we like, we’ll set up tables and chairs, start a fire and have a good feast. Then we ride back in the dark,” he said.

Other Yuma area RV parks are also seeing an increase in the number of snowbirds who are becoming RZR enthusiasts, including Western Sands RV Park, which has its own group of off-road vehicle riders, who are often led by Dennis Cameron, a New Hampshire native who has lived in Yuma for 25 years.

Cameron said many snowbirds are drawn to southeast Arizona because of the recent creation of the Arizona Peace Trail, a 650-mile loop of off-roading trails and roads throughout western Arizona’s Sonoran Desert.

“We’re investigating parts of it because they don’t have a decent map available yet,” Cameron said, adding that there is an abundance of backroads in the greater Yuma area and beyond.

“You can make it into any kind of adventure you want,” he said, adding that he sometimes takes groups eastward to Ajo, where they’ll spend the night.

“There are many pretty areas to explore in the desert,” Cameron said, adding, “If it rains, in the spring the desert will be filled with beautiful wildflowers.”