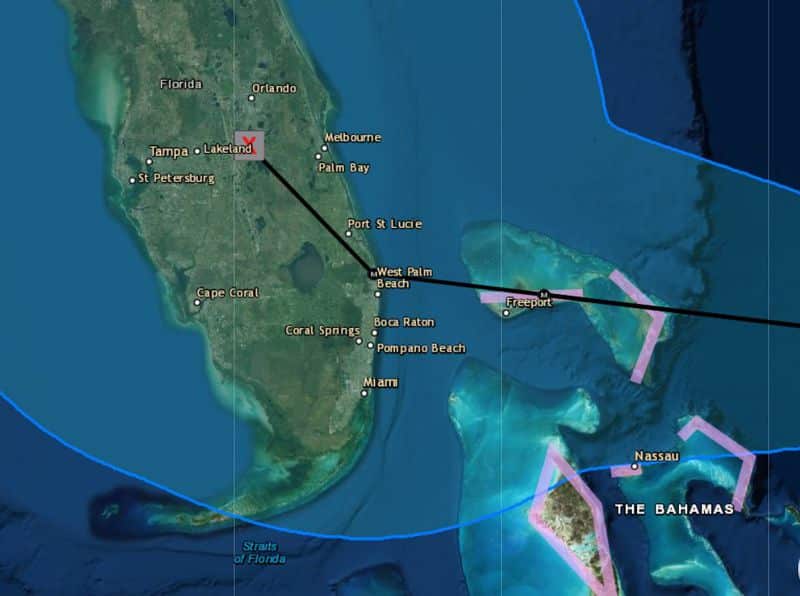 “Dorian is growing stronger, now a Category 2 storm but, will intensify later today into a Category 3 with winds over 115 mph,” said WOFL-Fox 35 meteorologist Jayme King. “Central Floridians need to take this storm seriously and prepare for threats coming our way.”

The current path has the storm making landfall north of West Palm Beach early Tuesday as a dangerously strong Category 4 hurricane with maximum sustained winds of 130 mph with gusts to 160 mph. The storm would them move inland and slowly make its way toward Central Florida — taking about 24 hours to reach an area just south of Kissimmee early Wednesday morning as a Category 1 storm with winds of 75 mph and gusts to 90 mph.

Because of the storm’s slow motion, there will greater impact from wind and rain for South and Central Florida.

“One of the biggest concerns with a slow moving hurricane like Dorian is that the dangerous weather will last a few days — that’s strong winds, heavy rainfall and storm surge,” said Fox 35 meteorologist Kristin Giannas.

Added King, “Dorian looks to produce a lot of rain for Central Florida, possibly around 2 feet in some locations.”